Joe Girardi Net Worth and salary: Joe Girardi is a former American professional baseball player who has a net worth of $15 million. Born in 1964 in Peoria, Illinois, Joe Girardi played college baseball close to home in the Chicago suburbs for the Northwestern University Wildcats. He made his Major League Baseball debut on April 4, 1989 as a member of the Chicago Cubs.

Girardi played with the Cubs until 1992 before joining the Colorado Rockies from 1993 until 1995, the New York Yankees from 1996 until 1999, the Cubs a second time from 2000 until 2002, and the St. Louis Cardinals in 2003. Girardi earned MLB All-Star honors once during the 2000 season with the Cubs. He is a three-time World Series championship as a player, winning in 1996 with the Yankees, 1998 with the Yankees, and 1999 with the Yankees. Girardi, a right-handed catcher, finished his playing career with a .267 batting average to go along with 36 home runs and 422 runs batted in. After his retirement, he became a manger for the Florida Marlins in 2006 and the New York Yankees in 2008. Through the end of the 2014 season, Girardi continues to manage the Yankees. He has a 726-570 win-loss record as a manger and won one World Series with the Yankees in 2009. He earned National League Manager of the Year honors with the Marlins in 2006. Girardi has three children with his wife, Kim. 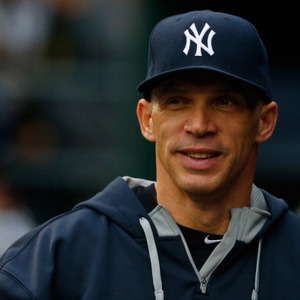