Joe Gibbs Net Worth: Joe Gibbs is a former American football coach, NASCAR team owner and entrepreneur who has a net worth of $60 million. Joe is only NFL coach in history to coach three different quarterbacks (Joe Theismann, Doug Williams and Mark Rypien) to Super Bowl victories.

Joe Gibbs was born on November 25, 1940 in Mocksville, North Carolina. Gibbs graduated from Santa Fe Springs High School in Santa Fe Springs, California in 1959, where he was the star quarterback. He attended Cerritos Junior College then went on to San Diego State University (SDSU), where he graduated with a master's degree in 1966.

Gibbs was respectively the 20th and 26th head coach for the Washington Redskins (1981-1992 and 2004-2007). During his first run as an NFL coach, Joe guided the Washington Redskins for 12 seasons and led them to eight playoff appearances, four NFC Championship titles and three Super Bowl titles. At the end of the 1992 season, Gibbs retired as a head coach and switched his focus to his NASCAR team. His NASCAR team went on to win three championships under Gibbs' ownership; one with former driver Bobby Labonte and two with Tony Stewart.

He came out of football coaching retirement on January 7, 2004 to rejoin the Washington Redskins as head coach and team president. At that point he signed a five-year contract worth $28.5 million. Gibbs remains with the organization as Special Advisor to team owner Daniel Snyder.

In 1992, Gibbs co-authored "Joe Gibbs: Fourth and One". In 2003 he co-authored "Racing to Win". The books are a business and life how-to and motivational guide wherein Gibbs discusses his successes and failures during his career and offers the lessons he learned as tips to readers. In 2009, Gibbs wrote the book "Game Plan for Life", which chronicles his life in football, how his faith in God can help others and key topics he feels are important to today's men and women trying to lead a Christian life in today's world. 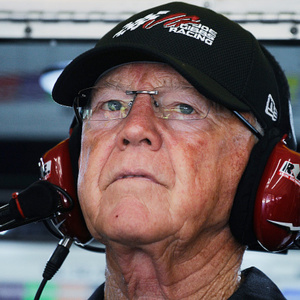