Joachim Low net worth and salary: Joachim Low is a German former professional football (soccer) player and the manager of the German National Team who has a net worth of $22 million dollars and an annual salary of $5 million. Joachim Low was born in Schonau, West Germany, and began his senior career in 1978, playing for SC Freiburg.

He then went on to play for multiple teams, including VfB Stuttgart, Eintracht Frankfurt, Karlsruher SC, FC Schaffhausen, FC Winterthur, and FC Frauenfeld. He also played for the West German Under-21 team. In 1994, he became the manager of FC Winterthur's youth team. He then became playing coach for FC Frauenfeld. He began working for VfB Stuttgart in 1995, and was eventually promoted to team manager. He then went on to manage Fenerbahce, Karlsruher SC, Adanaspor, FC Tirol Innsbruck, and FK Austria Wien. He became an assistant coach for the German National Team in 2004, and became manager in 2006. As manager of the German team, he has led them to runner-up and semi-final births in the UEFA Championships in 2008 and 2012. 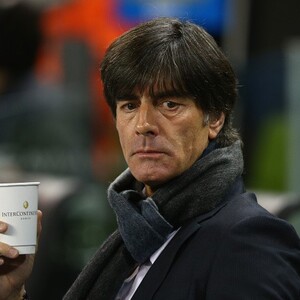