What is Jimmy Johnson's Net Worth and Salary?

Jimmy Johnson is an American football coaching legend who has a net worth of $45 million. After serving as the head coach for Oklahoma State University and the University of Miami, Jimmy made the transition to the NFL after becoming head coach for the Dallas Cowboys. His tenure was a thoroughly successful one, and Johnson was able to win two Super Bowls back to back. After finishing his career with the Miami Dolphins, Jimmy became a sportscaster and sports analyst.

Jimmy Johnson is considered one of the best coaches in NFL history, and he was inducted into the Pro Football Hall of Fame in 2020. Over the years, Johnson has inspired a number of other future coaches, passing on knowledge to figures such as Dave Campo and Butch Davis. Outside of sports, Johnson has been involved with a number of additional ventures, including restaurants and book writing.

James William Johnson was born on July 16th of 1943 in Port Arthur, Texas. During his high school years, he became enamored with football for the first time. He rubbed shoulders with a few future stars while at secondary school – including musician Janis Joplin and actor G.W. Bailey.

After graduating from high school, Johnson attended the University of Arkansas and immediately won a place on the football team. The Razorbacks experienced notable levels of success during the next period, and Jimmy became an all-Southwest Conference defensive lineman. He joined a number of notable players who also joined the Razorbacks, including Jerry Jones (the future owner of the Dallas Cowboys), Ken Hatfield, Loyd Phillips, and many others. In addition, the Razorbacks were coached by Frank Boyles, who is widely considered to be one of the greatest college head coaches in football history.

Playing under Broyles was clearly a positive experience for Johnson, and he must have soaked up plenty of tactical knowledge during this period. In 1964, the Razorbacks went undefeated and became a national champion. Jimmy remained an integral part of the team and earned the nickname "Jimmy Jumpup" because of his tendency to spring up off the ground after being tackled.

Jimmy's first head coaching job came in 1979 with Oklahoma State. After rebuilding the team, he became head coach for the Miami Dolphins, eventually hammering the Razorbacks 51-7. This was seen as revenge for Johnson after the University of Arkansas interviewed him without telling him that another head coach had already been hired.

Johnson's NFL journey began with the Dallas Cowboys in 1989. He completely transformed the team and led them to back-to-back Super Bowl wins in 1992 and 1993. After conflicts arose between Johnson and owner Jerry Jones, Jimmy agreed to leave in 1994 with a $2 million bonus. In 1996, Johnson became head coach of the Miami Dolphins, although he failed to live up to expectations. He retired in 1999. 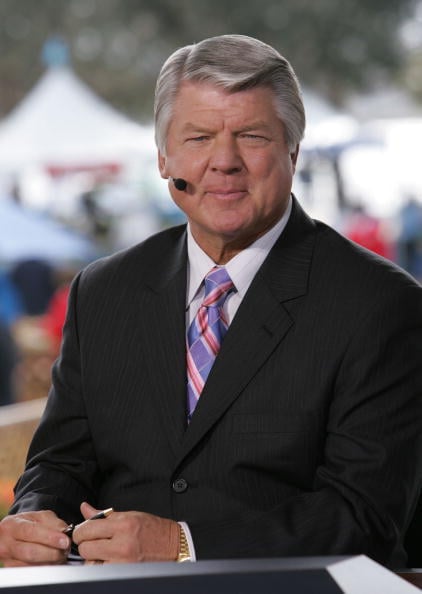 After finishing his coaching career, Johnson transitioned easily into the entertainment world. He has worked extensively with Fox Sports as an analyst, and as of 2020 he contributes to "Fox NFL Sunday." Jimmy is also an obvious choice to cover college football events such as the Bowl Championship Series. In addition, Johnson writes for Foxsports.com.

Johnson has also found significant success as an actor, landing small roles in series such as "The Shield" and "Coach." In addition, he booked a cameo role in the Adam Sandler film "The Waterboy." Johnson is perhaps best known for competing in the 2010 edition of "Survivor," which took place in Nicaragua. Although Jimmy admitted he had fun, he also stated that the experience was "stressful," and his health was in question throughout the series.

Jimmy Johnson has endorsed various brands in TV commercials over the years. These brands include Procter & Gamble, ExtenZe, and a company called Leading Edge – which was later revealed to be a scam.

Jimmy's first wife was Linda Kay Cooper, whom he married in 1963. The couple subsequently had two children together before divorcing in 1990. Johnson then married his second wife, Rhonda Rookmaaker, in 2010.

Jimmy Johnson has been quite active in the restaurant business over the years. He owns a restaurant called Three Rings in Miami. Although he expanded the restaurant to include a second location in Oklahoma City, the Miami restaurant is now the only one in operation. In addition, Johnson owns a bar/restaurant in Key Largo called JJ's Big Chill.

For many years, Jimmy Johnson has maintained an extensive home in Islamorada in the Florida Keys. However, living in this area wasn't always easy, and in 2017 it was reported that his home had been severely damaged by Hurricane Irma. When he returned to his home to assess the damage caused by the hurricane, Johnson discovered a number of disheartening issues.

His dock was listing, broken by the severe winds and water damage. Jimmy admitted that his house was completely covered in sand – to the point where he had to dig his way to the front door with a shovel. The coaching legend's saltwater pond was also destroyed. Johnson had spent the last twenty years renovating this home to turn it into a dream mansion, and one can only wonder at the financial loss this destruction must have represented.

On the other hand, the actual structure of his main property and the guest house remained intact, which makes him more fortunate than many other residents of the Florida Keys. Although the destructive force of Hurricane Irma brought Johnson to tears, he vowed to completely rebuild his property – a process that would probably cost millions of dollars. 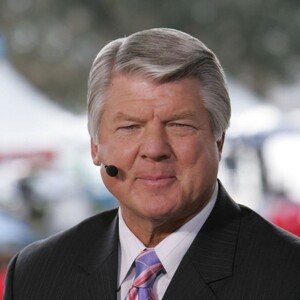