Jim Petersen net worth: Jim Petersen is an American retired professional basketball player coach, and television analyst who has a net worth of $1.5 million. Jim Petersen was born in Minneapolis, Minnesota in February 1962. He was a 6'10" power forward and center who was Minnesota's Mr. Basketball at St. Louis Park High School.

Petersen played his college basketball at the University of Minnesota where he won a Big Ten Championship. He was drafted #51 overall by the Houston Rockets in the 1984 NBA Draft. Petersen played for the Rockets from 1984 to 1988. He then played for the Sacramento Kings from 1988 to 1989 and the Golden State Warriors from 1989 to 1992. From 2008 to 2017 he served as an assistant coach for the Minnesota Lynx of the WNBA. He has also worked for the National Basketball Players Association and a television analyst for the Minnesota Timberwolves. He also coached at the junior high, high school, and AAU levels. 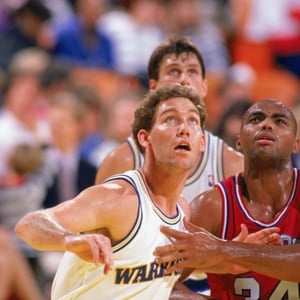