Jim Caldwell Net Worth and salary: Jim Caldwell is an American professional football coach who has a net worth of $12 million. Jim Caldwell was born in Beloit, Wisconsin in January 1955. Caldwell started for four years at the University of Iowa as a defensive back. He then served as a graduate assistant at Iowa in 1977.

From 1978 to 1980 he was a wide receivers coach for Southern Illinois and then became an offensive assistant coach for Northwestern in 1981. Caldwell was a wide receivers coach at Colorado from 1982 to 1984 and at Louisville in 1985. He worked as a quarterbacks coach at Penn State from 1986 to 1992 and then got his first head coaching job with Wake Forest from 1993 to 2000. He joined the NFL in 2001 as quarterbacks coach for the Tampa Bay Buccaneers. From 2002 to 2008 Caldwell was quarterbacks coach and assistant head coach for the Indianapolis Colts. He got his first NFL head coaching job with the Colts from 2009 to 2011. He became quarterbacks coach and offensive coordinator for the Baltimore Ravens from 2012 to 2013 before becoming head coach of the Detroit Lions in 2014. As a coach he has won two Super Bowl Championships and three AFC Champions. 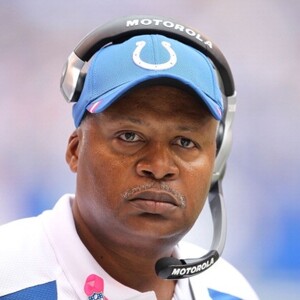