Jason Garrett was born in Abington, Pennsylvania, and lettered in football, basketball, and baseball while he was in high school. He went on to play collegiate football at Princeton University, then followed his father to Columbia University, where he was Head Coach. After his father decided to leave Columbia, he and his two brothers transferred back to Princeton. He graduated from Princeton with a degree in History in 1998. He still holds the Ivy League record for completion percentage. He signed with the New Orleans Saints in 1989, but a separated shoulder delayed his start. He then went on to play for the San Antonio Riders and the Ottawa Rough Riders, before signing with the Dallas Cowboys in 1993. He played very well for the Cowboys, though his time on the field was limited. He then spent three seasons with the New York Giants, before completing partial seasons with the Tampa Bay Buccaneers and the Miami Dolphins. He retired in 2004. Since then, he has focused on coaching. 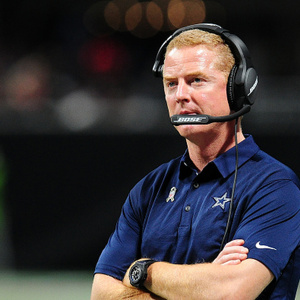