What is Hubert Davis's net worth and salary?

Hubert Davis is an American former professional basketball player and current college basketball coach who has a net worth of $10 million. Hubert Davis played in the NBA from 1992 through 2004. From 2012 to 2021 he served as the assistant coach for the UNC Tar Heels men's basketball team. In 2021 he succeeded longtime coach Roy Williams as head coach.

Over the course of his 12-season NBA career, Hubert earned a total of $16.8 million in salary. He earned $1-2 million more from endorsements. His highest-paid season was actually his final season, 2003-2004, when he earned a bit less than $3 million from the Detroit Pistons.

Hubert subsequently signed a 5-year contract that came with a number of milestone and bonus stipulations. First off, the contract gave guaranteed a base salary of $400 thousand. For perspective, that is exactly half of the $800,000 base salary that Roy Williams had been earning.

Assuming Hubert earns around $1.8 million per year from UNC, that makes approximately the 60th highest-paid NCAA coach and the second-lowest paid coach in the ACC. For perspective, longtime Duke coach, Mike Krzyzewski, earned a little under $10 million in the same season he faced off against Hubert in the Final Four.

Furthermore, Hubert earns $750,000 a year as part of a separate Nike contract. 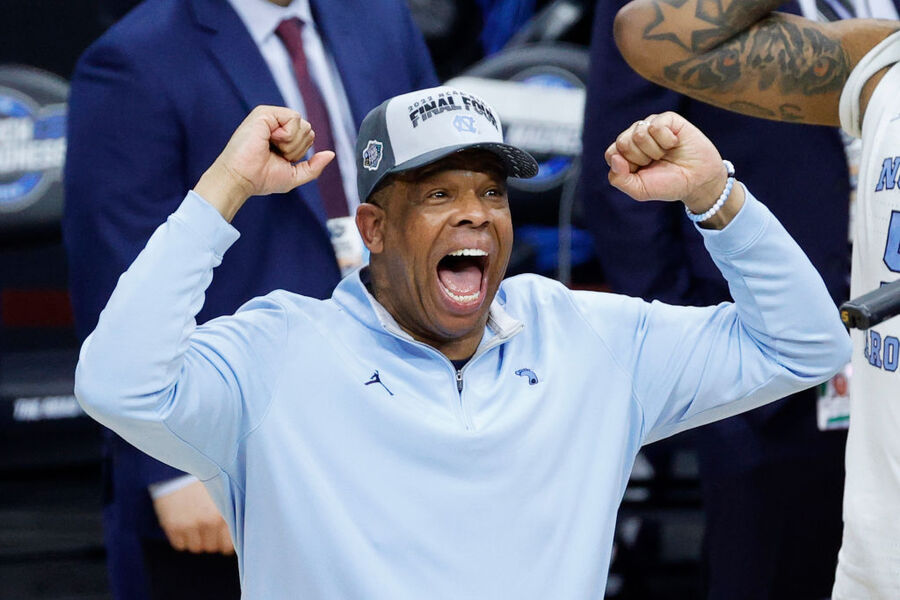 Hubert Ira Davis Jr. was born on May 17, 1970. He attended high school in Burke, Virginia where he averaged 28 points per game in his senior year.

After high school, Hubert went on the the University of North Carolina where he continued to prove himself to be a force on the basketball court. As of this writing he still holds the UNC record for highest career three point percentage. In his junior year Hubert led UNC to its first Final Four appearance in nearly a decade.

Hubert graduated from UNC in 1992 with a degree in Criminal Justice.

Soon after retiring from the NBA, Hubert was hired as a college basketball television analyst for ESPN.

He left ESPN in 2012 to take the job as UNC's assistant coach.

As we mentioned previously, five days after Roy Williams' retirement announcement in April 2021, Hubert Davis was named as UNC's new head coach. He is the 19th men's basketball head coach in UNC's history and the first African American to hold the position.

Hubert and his wife Leslie have three children. They are devout Christians. 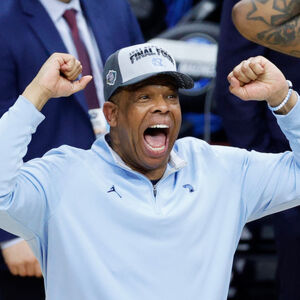