Gregg Popovich Net worth and Salary: Gregg Popovich is an American professional basketball coach who has a net worth of $40 million. Also known as "coach pop" or "pop," Gregg Popovich has established himself as one of the longest-serving NBA coaches in history.

He is also one of the most successful NBA coaches ever, having won five titles with the San Antonio Spurs. With five titles under his belt, he joins a select group of only five other NBA coaches who have also managed this feat. The San Antonio Spurs had not won a single title prior to Popovich taking the helm in 1996. As of 2020, Popovich has the most wins in NBA history. He has also served as a head coach for longer than any other coach in all US professional sports leagues.

Early Life: Gregg Popovich was born on January 28th of 1949 in East Chicago, Indiana. Raised by a Croatian mother and a Serbian father, Gregg was encouraged to play basketball from a young age. In 1960, he was part of the Biddy Basketball All-Star team that placed third in the World Tournament. After graduating from high school, Popovich attended the United States Air Force Academy. During his time at the academy, he captained the school basketball team and became the leading scorer.

He later graduated in 1970 after receiving a bachelor's degree in Soviet Studies and subsequently underwent Air Force intelligence training. At one point, he was poised to join the CIA. For five years, Gregg Popovich saw active duty in the United States Air Force, touring throughout Eastern Europe and the Soviet Union with the Armed Forces Basketball team. As a result of his performances on the US Armed Forces team, Popovich eventually won an invitation to the US Olympic Basketball Team trials in 1972.

Career: Gregg Popovich started his coaching career in 1973 as an assistant coach with the Armed Forces Basketball team. During this period, Popovich was also studying physical education at the University of Denver, and eventually earned his master's degree. By 1979, Popovich has moved on to college basketball and acted as the head coach for Pomona-Pitzer. For the next nine years, Popovich improved his coaching technique at the school, eventually winning them their first ever title. Partway through this period, Popovich took a year off to learn under the head coach of the University of Kansas, Larry Brown.

Starting in 1988, Popovich became the assistant coach for the San Antonio Spurs. He worked under his former mentor Larry Brown until 1992 when the entire coaching staff was fired. Popovich then moved to the Golden State Warriors where he continued to work as an assistant coach.

However, in 1994 Gregg Popovich went back to the Spurs – not as a coach, but as a General Manager and Vice President of Basketball Operations. This gave Popovich the freedom to sign and trade several players. Dennis Rodman left the team, while Avery Johnson joined. By 1996, Popovich had fired Bob Hill and hired himself as head coach.

After a slow first season, the Spurs signed Tim Duncan and won their first title in 1999. He went on to win four more titles with the Spurs. Over the years, Popovich has won several Coach of the Year Awards. 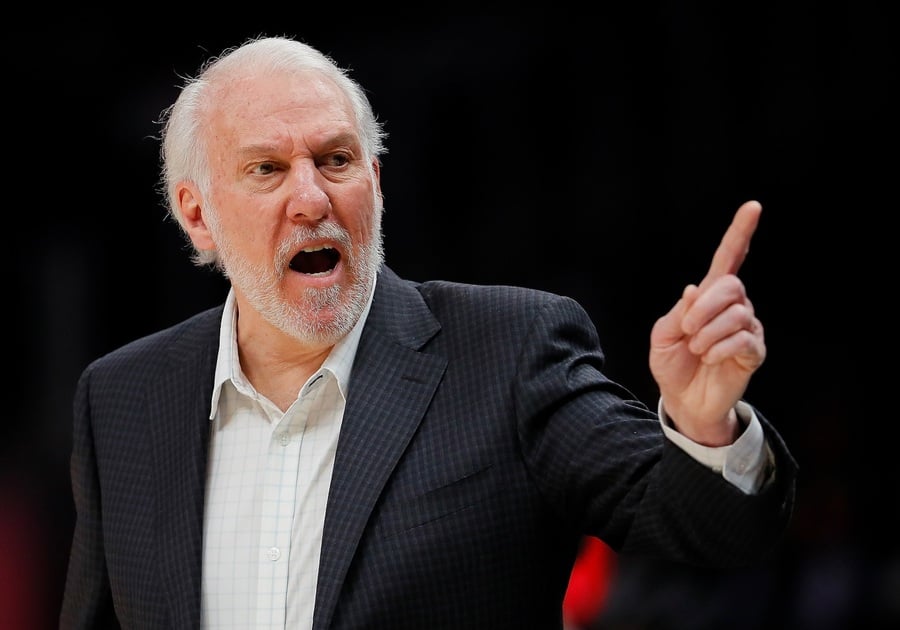 Relationships: After a long marriage to his wife, Erin, Gregg Popovich announced in 2018 that she had passed away. Details of her death were never revealed. During their relationship, the couple had two children together.

Activism: Gregg Popovich has become well known for his outspoken political views and his involvement in various issues. He has become a supporter of various social justice movements, including the Women's March. He devotes much of his time and money towards charities such as the San Antonio Food Bank and the Innocence Project, an initiative that uses DNA testing to exonerate wrongly convicted felons.

Popovich is also known for his involvement in various disaster-relief efforts. After Hurricane Irma and Maria, Gregg Popovich supported an organization called Shoes That Fit, which helped children in need find shoes following the disaster. Popovich has also allied himself with J/P HRO, an organization that provides aid following hurricanes that have ravaged Haiti and the Caribbean.

In addition, Gregg Popovich has been an outspoken critic of President Donald Trump over the years.

Salary: As the head coach of the San Antonio Spurs, Popovich earns a salary of $8 million per year. According to some reports, this salary puts Popovich alongside the top 5 highest-earning sports coaches in the world.

Real Estate: In 2002, Gregg purchased a condo in San Francisco for $1.475 million. The Presidio Heights apartment features 1,950 square feet, a fireplace, and large windows that provide a stunning view of the city. In 2020, it was reported that Popovich put this property up for sale for $2.675 million.

In 2005, Gregg and his wife purchased a home in San Antonio that was originally constructed in 1999. Located in the gated community of Vineyard Estates, the custom-built home features 9,640 square feet of living space. Highlights include 2.2 acres of outdoor space complete with a large, vanishing-edge pool, and a 600-square-foot wine cellar capable of holding more than 3,000 bottles of wine.

Although the property certainly had its attractions, selling it wasn't easy for Popovich. Although he initially listed the property for $4.5 million, he slashed the price down to $3.5 million a year later after failing to find a buyer.

Back in 2007, it was reported that Popovich and his wife had invested in a significant amount of raw land. He reportedly paid $795,000 for 47 acres near the town of Pownal in Vermont. At the time, it wasn't clear what Popovich planned to do with the land, as there was nothing on it save for a single barn. 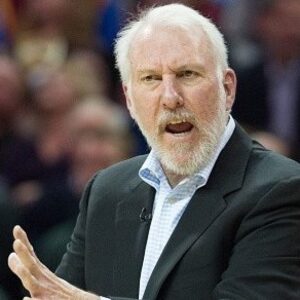