He was also named AP Pennsylvania State Player of the Year in 2011 and 2012. McNamara played his college basketball for Syracuse University where he won the school's first National Championship in his rookie season. He briefly competed for the United States in international competition in 2005 and won a Gold Medal at the Summer Universiade. McNamara was the #1 overall pick in the 2006 United States Basketball league draft but he did not sign and went undrafted in the NBA. He later played in Green and Latvia and in the NBA Developmental League. He returned to Syracuse as a graduate student in 2009 and was a graduate manager for the basketball team. McNamara was promoted to Syracuse's assistant coach in 2011. 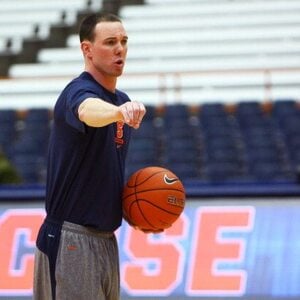