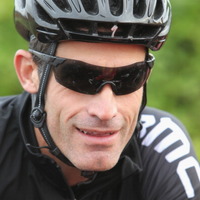 George Hincapie net worth: George Hincapie is a retired American bicycle racer who has a net worth of $40 million dollars. Born in Queens, New York, George Hincapie is a road bike racer, currently racing for BMC Racing Team. He has won multiple races over the course of his nearly 20-year career, including Gent-Wevelgem, GP Ouest-France, Three Days of De Panne, Tour of Missouri, Kuurne-Brussels-Kuurne, and he is a three-time National Road Race Champion. He is most widely recognized in the racing world as the key domestique of Lance Armstrong, and is the only racer to have assisted Mr. Armstrong on every one of his Tour de France victories. He has raced on nine Tour de France winning teams, and is one of only two riders to have achieved that number of wins, ever. He is also well known for his excellence in short individual time trial races, and has placed first, second, or third, in all but one of the competitions in which he has competed.