He played for Iowa State University and was a First-Team All-Big Eight selection. Hoiberg was elected to the National High School Hall of Fame in 2012. He was drafted #52 by the Indiana Pacers in the 1995 NBA Draft. He played for the Pacers from 1995 to 1999 and then the Chicago Bulls from 1999 to 2003. Hoiberg finished his playing career for the Minnesota Timberwolves from 2003 to 2005. He was a shooting guard and small forward and led the NBA in three-point shooting percentage in 2005. He joined the Timberwolves coach staff and worked as Vice President of Basketball Operations for the Timberwolves. Hoiberg became head coach at Iowa State in 2010. In 2012 he won the Big 12 Tournament Championship and was named the Big 12 Coach of the Year. In 2015 he became the head coach of the Chicago Bulls and signed a contract that will pay him a salary of $5 million per year. 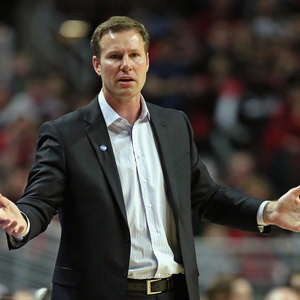