What is Ed Orgeron's Net Worth?

Ed Orgeron is an American football coach and a former NFL player who has a net worth of $35 million. As of this writing his base coaching salary is $9 million. Orgeron had a successful career as a University football player, at LSU and Northwestern State University, and he later started coaching various university teams. Eventually, he coached teams such as the University of Southern California, the University of Mississippi, and Louisiana State University. In 2019, he had a career-defining moment when he led LSU to a national championship, beating Clemens.

Edward James Orgeron Jr. was born on July 27th of 1961 in Larose, Louisiana. He was raised alongside his brother in a small town on the Bayou Lafourche in Lafourche Parish in a family with Cajun roots. He attended high school in Galliano alongside Bobby Hebert, a future NFL star. Together, Orgeron and Hebert played on the high school team. Orgeron then played football at Louisiana State University for one year before transferring to Northwestern State University. During this time, he played as a defensive lineman.

By 1984, Orgeron had focused on a career as a football coach, beginning with a role as a graduate assistant at Northwestern State. He then coached at McNeese State before becoming an assistant strength coach at the University of Arkansas. By 1988, he was working alongside Jimmy Johnson and Dennis Erickson at the University of Miami as the defensive line coach. Personal issues caused Ed to take a leave of absence, during which he moved back in with his parents and tried to get his life back on track.

By 1994, Orgeron had returned as a volunteer linebackers coach for Nicholls States University. He then moved to Syracuse University and served as a defensive line coach for the next three years. During this period, Ed's reputation improved and his personal issues were largely put behind him. In 1998, Orgeron coached USC for the first time, although only as a defensive line coach. During this time, USC became quite successful and won two National Championships. Orgeron was singled out for praise, winning the National Recruiter of the Year Award in 2004.

His success at USC helped him win the head coach position at Ole Miss. However, this did not go well, and he was fired. In 2008, he was hired by the New Orleans Saints as a defensive line coach, and he later served as defensive line coach at the University of Tennessee. By 2010, he had returned to USC as one of the highest-paid assistant coaches, with a salary of $650,000 per year. After Lane Kiffin was fired, Ed became the interim head coach. This was always a temporary solution, however, and Ed resigned when he was replaced by Steve Sarkisian.

Orgeron experienced true success as a coach when he moved to LSU. Although he was again hired as a defensive line coach, he got the opportunity to act as interim head coach for a second time when Les Miles was fired. This time, he managed to maintain his position, and LSU agreed to keep him on as a permanent head coach. Over the next few years, he helped LSU achieve a decent record, and Ed signed a contract extension in 2018. In 2019, he won the College Playoff National Championship with LSU. After another lackluster season and a sexual harassment lawsuit faced by LSU, Orgeron was dismissed in 2021. 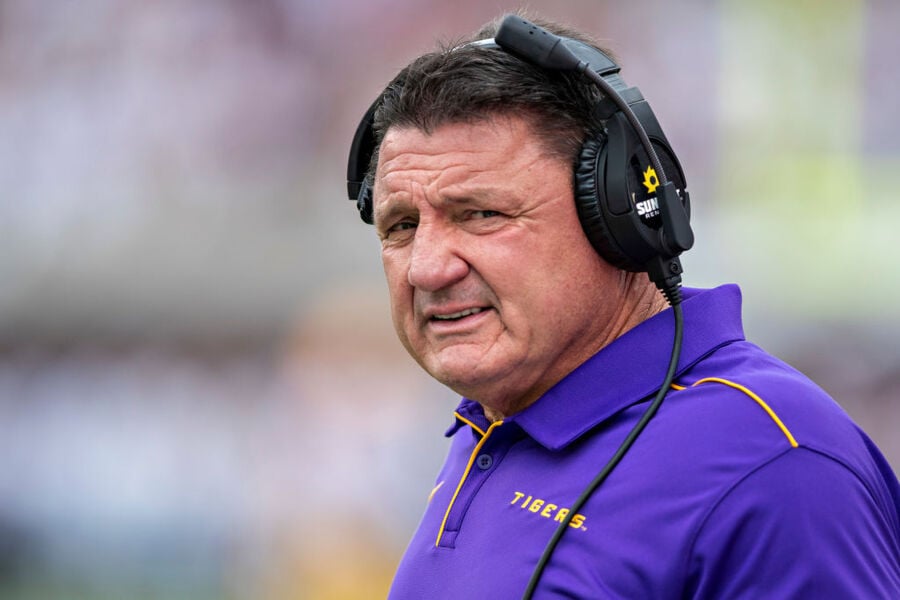 Orgeron's off-field problems date back to the early 90s, when a local woman filed a restraining order against him. She accused him of repeatedly attacking her. In 1992, he was arrested for participating in a bar fight in Baton Rouge. Although he faced felony second-degree battery charges, they were eventually dropped. Although Ed got his life back on track, his off-field issues would resurface once again in 2021. During this time, a woman testified that she had been sexually harassed by an LSU running back.

She also testified that she had reported the harassment directly to Orgeron, and that he had taken no action as a result. She also claimed that Ed had called her and asked her to forgive the running back. Orgeron was eventually named as a defendant to a sexual harassment lawsuit against LSU that involved the rape of a student by the running back. Once again, Orgeron was accused of not reporting the incident and attempting to brush it off.

In October of 2021, it was revealed that LSU was paying Orgeron $17 million to "walk away quietly" from his coaching position at the university. This buyout fee was the result of Ed's reason for dismissal. Simply put, there was no reason for him being fired, which allows him to receive the full $17 million. Two-thirds of this sum would go directly to the coach, while the remaining third would go towards his LLC. His first installment was reported to be $5 million, while the next payment would come a month later at $667,000. This pattern will continue for the next few years.

Many prominent business experts previously stated they believed Ed's contract payout would be closer to $10 million, largely because of his off-field issues. However, the $17 million is probably a reflection of LSU's goal to keep him silent, as Orgeron almost certainly had detailed information about the sexual harassment and sexual abuse allegations that were plaguing LSU when this payout was offered.

At the time, LSU was embroiled in a $50-million sexual misconduct lawsuit that largely involved players on the school football team. In addition, a few legal experts speculated that if LSU had fired Orgeron for some kind of off-field misconduct, this might have legal ramifications. Basically, prosecutors could claim that Orgeron's dismissal was a sign that LSU was aware of the sexual misconduct, which could make them liable. Four-dimensional chess, everyone.

In 2018, it was reported that Orgeron had purchased a home in Baton Rouge for $900,000. Located in the affluent neighborhood of University Club, the lakeside residence features stunning views of a nearby golf course. Boasting 4,300 square feet of living space and five bedrooms, the home had additional highlights such as an outdoor fireplace, an outdoor living room, and an indoor gas fireplace. 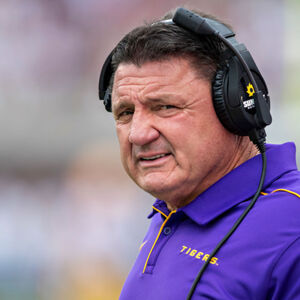