Dusty Baker net worth: Dusty Baker is an American former baseball player and manager who has a net worth of $20 million dollars. Dusty Baker was born in Riverside, California, and was drafted by the Atlanta Braves directly out of high school in 1967. He spent one year in the Minor Leagues, and then made his Major League debut in October of 1986.

He went on to play for the Atlanta Braves until 1975. He then played for the Los Angeles Dodgers from 1976 to 1983. While with the Dodgers, he was named an All-Star twice, and won the 1981 World Series. He then played for the San Francisco Giants and the Oakland Athletics briefly, before retiring from Major League play. He began working as a manager in the early 90s. He managed the San Francisco Giants from 1993 to 2002, and was named National League Manager of the Year three times during his tenure with the team. He then managed the Chicago Cubs from 2003-2006, and the Cincinnati Reds from 2008-2013. He was fired from the Reds in October of 2013. 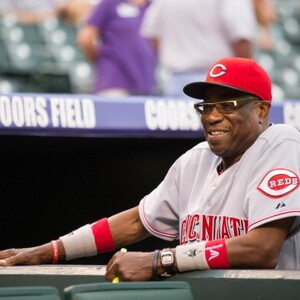