Doug Pederson net worth and salary: Doug Pederson is an American football coach and former professional football player who has a net worth of $12 million. Doug Pederson was born in Bellingham, Washington in January 1968. He was a quarterback who played at Ferndale High School and played his college football at Northeast Louisiana.

Pederson played for the Miami Dolphins from 1992 to 1994 and again in 1995. He played for the Green Bay Packers from 1995 to 1998, the Philadelphia Eagles in 1999, the Cleveland Browns in 2000, and the Packers again from 2001 to 2004. He also played in the World League of American Football and NFL Europe. Pederson won Super Bowl XXXII with the Green Bay Packers. He began his coaching career with Calvary Baptist Academy from 2005 to 2008. Doug Pederson was then the offensive quality control coordinator for the Philadelphia Eagles from 2009 to 2010. He was the Eagles quarterback coach from 2011 to 2012 and the Kansas City Chiefs offensive coordinator from 2013 to 2015. Pederson became the Philadelphia Eagles head coach in 2016. He won Super Bowl LII as the coach of the Eagles. 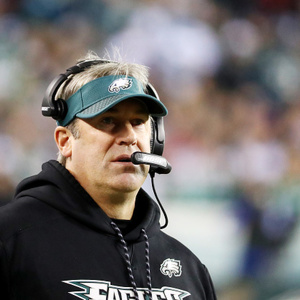