What was Don Shula's Net Worth?

Don Shula was a legendary Football player and coach who had a net worth of $60 million at the time of his death. Don Shula died on May 4, 2020 at the age of 90. Don is the NFL's all-time winningest coach. He coached 33 NFL seasons, only two of which had more losses than wins. Don Shula is the only coach in history to preside over a perfect season that included an undefeated regular season and Super Bowl win. He accomplished that feat with the 1972 Dolphins. The 2007 New England Patriots had a perfect season but did not win the Super Bowl. During his career as a football player, Shula played for the Cleveland Browns (1951-52), the Baltimore Colts (1953-56) and the Washington Redskins (1957).

Deeply religious, Shula once considered becoming a Catholic priest, but decided he could not commit to being both a priest and coach. Shula holds the distinction of having coached five different quarterbacks to Super Bowl appearances (Johnny Unitas and Earl Morrall in 1968, Bob Griese in 1971, 1972 and 1973, David Woodley in 1982 and Dan Marino in 1984), three of them (Unitas, Griese and Marino) future Hall of Famers. He also coached Johnny Unitas to another World Championship appearance (in the pre-Super Bowl era) in 1964. The only other NFL coach to approach this distinction is Joe Gibbs, who coached four Super Bowls with three different quarterbacks (Joe Theismann, Doug Williams and Mark Rypien), winning three times.

Don Shula was born January 4, 1930 in Grand River, Ohio. He attended Harvey High School but did not try out for the football team because his mother forbid it. An assistant coach saw Don in the gym and finally convinced him to join the team. He then earned a scholarship to John Carroll University where he excelled on and off the field.

He was selected by the Cleveland Browns in the ninth round of the 1951 NFL draft. He played the 1951 season and then was sidetracked by a stint in the Korean War. Upon returning to the NFL he next played for the Colts, from 1953 to 1956, then the Washington Redskins for 1957.

After leaving the NFL as a player, Don took various coaching jobs at colleges, eventually working his way up NFL coaching rosters. As a coach, he began his professional football coaching career with the Detroit Lions (1960-62), moving to coaching the Baltimore Colts in 1953 then on to the Miami Dolphins in 1969.

He became head coach of the Baltimore Colts in 1963. During Shula's leadership, the Colts won 71 games, lost 23 and tied 4.

In 1983, Donald Trump attempted to poach Shula to coach his USFL team, the New York Generals. At the time Shula's salary was $450,000 and Trump was offering $1 million per year. Despite the fact that $1 million in 1983 is worth the same as around $2.6 million today and would have easily been the most money ever earned by a football coach up to that point, Shula declined. 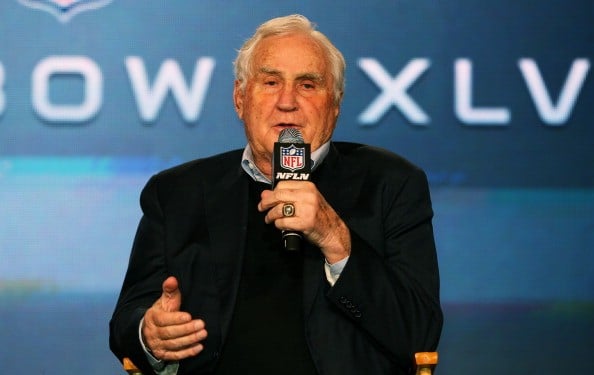 To lure him away from the Colts to Miami in 1969, Dolphins owner Joe Robbie gave Shula an option to purchase 10% of the team. At the time the option was worth $750,000. After a few years, Shula decided to sell the stake back to Robbie at roughly the same amount. Had he held on to the stake, today it would have been worth $200 million.

In retirement, Shula lent his name to a chain of steakhouses, Shula's Steakhouse, and a line of condiments. He also owned an interest in a hotel in Miami Lakes.

He endorsed NutriSystem in commercials with Dan Marino and other former NFL players. In 2011, he received the Ellis Island Medal of Honor in recognition of his humanitarian efforts.

Don and his wife Mary's longtime primary residence was a home on the ultra-exclusive island of Indian Creek Village in Miami's Biscayne bay. The median home price on Indian Creek Village is $22 million. The Shulas owned their home for over twenty years. They also previously owned a home in Palm Beach.