Digger Phelps net worth: Digger Phelps is an American basketball coach who has a net worth of $15 million dollars. Digger Phelps, also known as Richard Phelps, was born in Beacon, New York, and played basketball at Rider College in the early 60s. He became a graduate assistant for the team in 1963, and then moved on to coach high school basketball in Pennsylvania.

He returned to coaching at the collegiate level in 1966, as an assistant at the University of Pennsylvania. He first made a name for himself coaching the Fordham University Rams to a stellar season in 1970. His work with the Rams led to an offer to coach basketball at the University of Notre Dame. He went on to coach for 20 seasons at Notre Dame and shares the record for the most upsets over a #1 team, with seven. After leaving coaching, he worked for the government briefly, before launching his broadcasting career. He began providing color commentary for the NCAA tournament in 1993, and has worked as an analyst for ESPN since 1994. 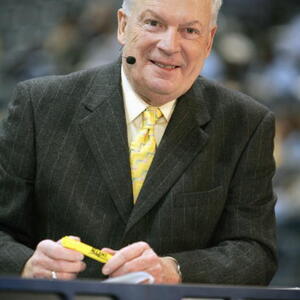