David Joerger net worth and salary: David Joerger is an American professional basketball coach who has a net worth of $3 million. David Joerger was born in January 1974. He played basketball at Concordia College in Minnesota and at Moorhead State. Joerger became the general manager for the Dakota Wizards of the International Basketball Association and became their assistant coach from 1997 to 2000 before being head coach from 2000 to 2004.

The Wizards joined the Continental Basketball Association and Joerger led them to three CBA Championships in 2002, 2004, and 2005. He also won an IBA Championship with Dakota in 2001. Joerger was a two time CBA Coach of the Year in 2002 and 2004. In 2004 he coached the Cedar Rapids River Raiders of the USBL. Joerger became coach of the Sioux Falls Skyforce of the CBA from 2004 to 2006. He returned to coach the Dakota Wizards, this time of the NBA Developmental League where he won the D-League Championship in 2007. He got his first NBA job as an assistant coach from 2007 to 2013 with the Memphis Grizzlies. In 2013 Joerger was promoted to head coach of the Grizzlies. In his first season he was named Western Conference Coach of the Month twice. In May 2014 Joerger signed a three year contract extension. 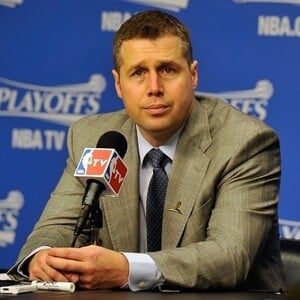