Righetti made his MLB debut for the New York Yankees in 1979 where he played until 1990. He also played for the San Francisco Giants from 1991 to 1993, the Oakland Athletics and Toronto Blue Jays in 1994, and the Chicago White Sox in 1995. During his playing career Righetti was a two time All-Star, American League Rookie of the Year, and a two time AL Rolaids Relief Man of the Year. He also pitched a no-hitter on July 4, 1983. Since 2000 Righetti has been the pitching coach for the San Francisco Giants. As a coach he has won World Series Championships with the Giants in 2010 and 2012. Dave and his wife had triplets in 1991. 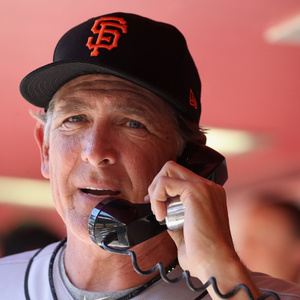