Darryl started out played for the Red Deer Rustlers in the AJHL and the Lethbridge Broncos in the WCHL. He was drafted #179 by the Chicago Blackhawks in the 1978 National Hockey League Draft and spent his entire NHL career playing for the Blackhawks from 1979 to 1987. Sutter went on to coach the Chicago Blackhawks from 1992 to 1995. He coached the San Jose Sharks from 1997 to 2002, and the Calgary Flames from 2002 to 2006. Sutter has coached the Los Angeles Kings since 2011 and has led the team to two Stanley Cup Championships. 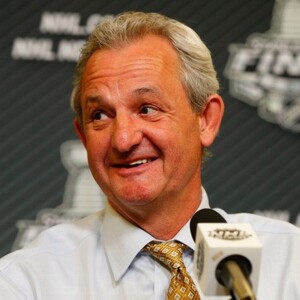