Chris Duhon net worth and salary: Chris Duhon is an American basketball coach and former professional basketball player who has a net worth of $10 million. Chris Duhon was born in Mamou, Louisiana in August 1982. He is a 6'1″ point guard who was voted Mr. Basketball and made the McDonald's All-American Team while playing at Salmen High School.

Duhon was also named USA Basketball Male Athlete of the Year in 2000. He played for Duke University where he won an NCAA Championship in 2001 and was named ACC Rookie of the Year. Duhon was named a Second team All-American by the National Association of Basketball Coaches and a Third team All-American by the AP in 2004. He was drafted #38 by the Chicago Bulls in the 2004 NBA Draft. Duhon played for the Bulls from 2004 to 2008 and then signed a two year deal with the New York Knicks for $12 million where he played from 2008 to 2010. He signed a four year deal worth $15 million with the Orlando Magic where he played from 2010 to 2012. He was traded to the Los Angeles Lakers where he finished his career before being waved in 2013. In April 2014 Duhon was hired to be an assistant coach at Marshall University under head coach Dan D'Antoni. Duhon's cousin is NBA player Jarrett Jack. 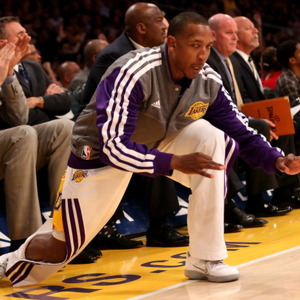