Chip Kelly Net Worth and Salary: Chip Kelly is an American professional football coach who has a net worth of $25 million. Chip Kelly was born in Dover, New Hampshire in November 1963. He was a quarterback at Manchester Central and a defensive back at the University of New Hampshire. Kelly started coaching in 1990 at Columbia as a defensive backs and special teams coach. In 1991 he became outside linebackers and strong safeties coach for Columbia. Kelly became running backs coach at his alma matter New Hampshire in 1992 and then became a defensive coordinator at Johns Hopkins in 1993. He returned to new Hampshire in 1994 where he served as running backs coach from 1994 to 1996, outside linebackers coach from 1997 to 1998, and offensive coordinator from 1999 to 2006. Kelly became offensive coordinator at Oregon in 2007 and became Oregon's head coach from 2009 to 2012. In 2013 he became head coach of the Philadelphia Eagles of the National Football League. Kelly is a two time Pac-10 Coach of the Year and has won Coach of the Year honors from the Associated Press and Sporting News. He led the Eagles to a 10-6 record in his first season as head coach.

Personal Life and Real Estate: In 2018 Chip paid $7 million for a home in the LA suburb of Encino, California. Two years later he sold the house for $7.6 million. The buyer was MLB star Mookie Betts. 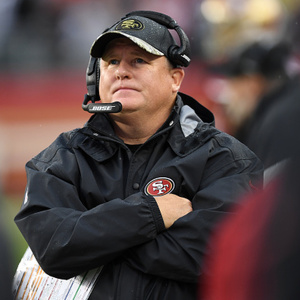