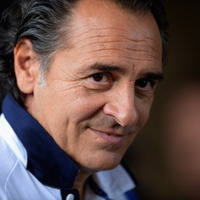 Cesare Prandelli net worth: Cesare Prandelli is an Italian football (soccer) coach and former professional football player who has a net worth of $20 million dollars. Cesare Prandelli was born in Orzinuovi (Brescia), Italy, and began his senior football career with Cremonese in 1974. He then went on to play for Atalanta from 1978 to 1979, and then settled down with Juventus from 1979 to 1985. He ultimately completed his senior career with Atalanta, playing for the team from 1985 to 1990. He shifted his focus to team management immediately after retiring. He began by managing Atalantus' youth team from 1990 to 1997. He then shifted to senior league teams, and has since managed/coached Lecce, Verona, Venezia, Parma, and Roma. He became a major force with Fiorentina. His management completely transformed the team, and he won numerous accolades for his work with them, including being named Serie A Coach of the Year in 2009. Since 2010, he has served as the manager of the Italian National Team.