As a shooting guard he played for the Los Angeles Lakers from 1983 to 1993 and then played for the Indiana Pacers from 1993 to 1995, the Vancouver Grizzlies form 1995 to 1996, and returned to the Lakers from 1996 to 1997. He also played for Panathinaikos in Greece from 1997 to 1998. Scott won three NBA Championships with the Lakers and was named to the NBA All-Rookie First Team in 1984. He started coaching in 1998 and an assistant for the Sacramento Kings until 2000. That year Scott got his first NBA head coaching job for the New Jersey Nets until 2004. He then coached the New Orleans Hornets from 2004 to 2009 and the Cleveland Cavaliers from 2010 to 2013. Scott became head coach of the Los Angeles Lakers in 2014. Scott was named the NBA Coach of the Year in 2008 and is a two time NBA All-Star Game head coach. 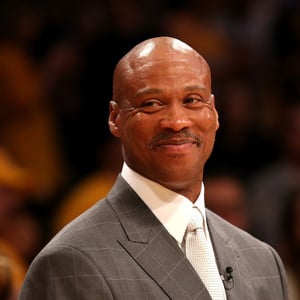