Bruce Arians Net Worth and Salary: Bruce Arians is an American professional football coach who has a net worth of $20 million. He has bounced around as a coach for two+ decades. In recent years he is known for being the head coach of the Arizona Cardinals and the Tampa Bay Buccaneers.

Bruce Arians was born in Paterson, New Jersey in October 1952. He played college football for Virginia Tech and was the starting quarterback as a senior. Arians served as a graduate assistant at Virginia Tech from 1975 to 1977. From 1978 to 1980 he was the running backs and wide receivers coach for Mississippi State from 1978. Arians was running backs coach at Alabama from 1981 to 1982.

He became head coach of the Arizona Cardinals in 2013. He coached for the Cardinals through 2017.

In 2019 he became the head coach of the Tampa Bay Buccaneers. Upon signing with Buccaneers, Bruce inked a four-year, $20 million contract. As you may have calculated, that works out to $5 million per season. 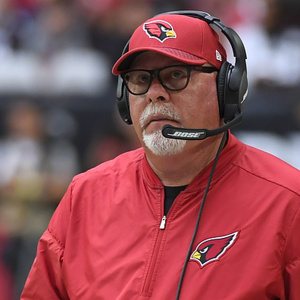