Brett Brown net worth and salary: Brett Brown is an American professional basketball head coach who has a net worth of $5 million. Brett Brown was born in South Portland, Maine in 1961. He played at South Portland High School and was a two time all-state guard. Brown played for Boston University from 1979 to 1983.

He served as a graduate assistant after graduating. Brown got his coaching start as an assistant for the Melbourne Tigers from 1988 to 1993. He became head coach of the North Melbourne Giants from 1993 to 1998. In 1994 Brown won the NBL Championship and was named NBL Coach of the Year. From 1995 to 2003 he also served as an assistant coach for the Australia men's national basketball team. He served an unpaid member of the San Antonio Spurs basketball operations department from 1998 to 1999. He returned to Australia to coach the Sydney Kings form 2000 to 2002 and then was director of player development and an assistant coach for the San Antonio Spurs from 2002 to 2013. In 2013 Brown got his first NBA head coaching job with the Philadelphia 76ers. In his first season the 76ers had a record of 19 – 63. He also serves as a Global Ambassador for the nonprofit Big Bang Ballers. 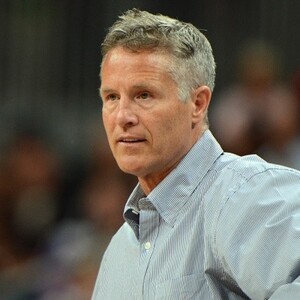