Brendan Rodgers Net Worth: Brendan Rodgers is a Northern Irish football coach and former football player who has a net worth of $16 million dollars. Today, he is the manager of the Premier League club Liverpool. Rodgers was born on 26th January 1973 in Carnlough in Northern Ireland in a family of five children.

He was just a teenage boy when he started to represent Northern Ireland in football at schoolboy level. A Celtic fan at the time, he turned pro in 1987 as a defense player for Ballymena United. Three years later, Reading FC spotted his skills and signed him at the age of 18. However, his career was cut short at the age of 20 due to exposure to a genetic knee condition. He took up youth coaching at Reading as a result, but this did not stop him from playing. He played non-league football in Newbury Town and Witney Town. Next, he went to Spain to hone his coaching skills. He was later offered to become the head coach of the Chelsea Youth Academy led by Jose Mourinho. Two years later, he got promoted to reserve team manager. On July 2010 he got appointed manager for Swansea where he was awarded the Championship Manager of the Month Award in February 2011. Also, he helped Swansea secure a place in the 2011 Championship play-offs and most notably, he made Swansea the first Welsh team to be promoted to the Premier League. Liverpool signed him as their manager in June 2012. In his first season with Liverpool, they finished on the 7th position in the Premier League. He was named the Premier League Manager of the month in his second season in charge. Away from his duties on the pitch, Rodgers is a married man with two children. 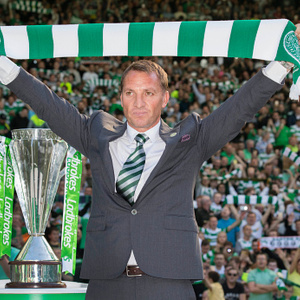