Bo Pelini net worth and salary: Bo Pelini is an American head football coach of the Nebraska Cornhuskers who has a net worth of $15 million. Bo Pelini was born Mark Pelini in Youngstown, Ohio in 1967.. Bo Pelini played high school football at Youngstown's Cardinal Mooney high school and then went on to play free safety for the Ohio State University Buckeyes from 1987-1990.

In 1991, Bo Pelini began as a graduate assistant for the Iowa Hawkeyes while earning his master's degree in Sports Administration from Ohio University. Bo Pelini got his first coaching job in the NFL when by the San Francisco 49ers. Bo Pelini was with San Francisco from 2000-2002 as the defensive backs coach, the New England Patriots in 2003 as the linebackers coach and the Green Bay Packers in 2003 also as the linebackers coach. In 2003, Bo Pelini made the move back to college football, taking the defensive coordinator position at Nebraska and later the Interim Head Coach position. In 2004, Pelini left Nebraska for the co-Defensive Coordinator job with the Oklahoma Sooners. Bo Pelini was the Defensive Coordinator at LSU from 2005-2007. In December 2007, one day after coaching in the 2007 SEC Championship Game, Bo Pelini was named Head Coach of the Nebraska Cornhuskers. 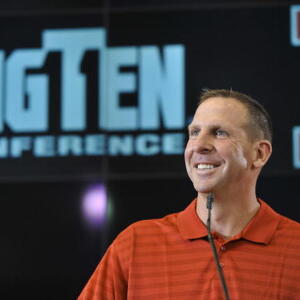