Bill Bowerman net worth: Bill Bowerman was an American track and field coach and entrepreneur who had a net worth of $400 million at the time of his death. Bowerman is best known for co-founding Nike, alongside Phil Knight. Bowerman was also as the inventor of some of Nike's top-selling models, including the Cortez, as well as the Waffle Racer.

Bowerman himself assisted in company operations and helped Nike grow into the world-renowned name that it is today. Bowerman himself crafted shoes in his own home from a waffle maker in the kitchen.

Bill Bowerman's Wealth/Nike Equity: The day Nike went public in December 1980, Bill owned roughly 26 million shares of the company. By the end of the first trading day, those shares were worth $9 million. On the day of his death in 1999, Bowerman's stake was worth $390 million. If Bill was still alive today, his 26 million shares would be worth $3.5 billion.

Bowerman's father was the former Governor of Oregon, Jay Bowerman. His mother grew up in Fossil, Oregon. The family moved to Fossil after Jay and Bowerman's mother divorced in 1913. Bowerman had two older brothers and a sister. He had a twin brother named Thomas who died in a tragic elevator accident Bowerman was only 2 years old.

Bowerman attended schools in Medford and Seattle before returning to Medford to attend high school. Bowerman played in the high school band was on the school's championship football team in his junior and senior years. It was in high school that Bowerman first met Barbara Young, who he would later marry.

College Years: Bowerman attended the University of Oregon in 1929 where he played for the football team and studied journalism.

Most importantly, Bowerman joined the college track team, which would launch Bowerman's lifelong relationship with the sport. Bowerman was also a member of the Beta Theta Pi Fraternity.

After Bowerman graduated college, he taught biology and coached football for Franklin High School in Portland, Oregon. He started this position in 1934. However, in 1935, Bowerman moved back to Medford in order to teach as well as coach football.

He helped the team win a state title (1940). Bowerman had to put his coaching and teaching career on hold in order to take part in the ROTC and Army Reserve following the infamous Pearl Harbor attack that propelled the US into WW2. He would go on to join the United States Army, reaching the rank of 2nd Lieutenant.

Post-War/University of Oregon: After World War II, Bowerman returned to his position as a Medford High School coach and educator. Bowerman and his family next moved to Eugene, Oregon, where Bowerman was hired to be the head coach of the track team at Bowerman's alma mater, the University of Oregon. He took the position on July 1, 1948.

Bowerman's track and field teams had 33 Olympians, 38 conference champions, as well as 64 All-Americans. He trained many successful athletes including 31 Olympic athletes, 12 American record holders, 51 All-Americans, 22 NCAA champions, 16 runners who broke the four-minute mile mark. Bowerman would end up coaching at the University of Oregon for 24 years and led the team to a winning record in 23 of those years. Bowerman's teams would finish in the top 10 of the nation as many as 16 times.

One of the athletes coached by Bowerman at the University was his future Nike co-founder, Phil Knight.

Nike: In 1964, Phil visited Bill and Barbara Bowerman to pitch them the idea of forming a shoe company together. It was actually Barbara who chipped in $500 as the company's seed capital.

Bowerman and Knight soon launched an distribution company they called Blue Ribbon Sports. Initially the company sold shoes made by other manufacturers, primarily those in Japan. They eventually shifted to making their own shoes.

Bowerman's forward-thinking design ideas would lead to the creation of his running shoe called the "Nike Cortez" (1968), which would become a top-seller among track athletes and to this day remains one of Nike's most known, most identifiable, and most iconic footwear designs. Bowerman would go on to design several additional Nike shoes. Famously, Bowerman would utilize his wife's Belgian waffle iron while using waffle-ironed rubber that would end up responsible for creating a new sole that would have enhanced grip yet still be light in weight.

Bowerman's famous design inspiration also led to the introduction of the "Moon Shoe" (1972). Bowerman's additional refinements would also result in the Nike "Waffle Trainer" (1974), which helped put the Nike brand on the map. However, Bowerman's shoe experiments would come at a cost.

As a result of working in small, un-ventilated spaces, and from utilizing glue and solvents which contained toxic components, Bowerman experienced severe nerve damage, which would lead to significant mobility problems. Sadly, Bowerman ended up no longer being able to run in the shoes that he himself crafted.

Legacy: Bowerman has been inducted into many Hall of Fames including the National Distance Running HOF, the USA National Track and Field HOF, and the Oregon Sports HOF. 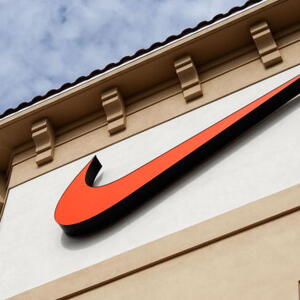