Bill Belichick Net Worth and Salary: Bill Belichick is an American football head coach who has a net worth of $60 million. He is best known as the head coach of the New England Patriots. Belichick got his start in 1975 when he took a job with the Baltimore Colts. By the 1980s, he was the defensive coordinator for the New York Giants and touted as one of the brightest minds in the game. After a rocky stint as head coach of the Cleveland Browns in the early 1990s, the New England Patriots hired Bill in 2000. He's guided the franchise to 6 Super Bowl victories as of 2020. He is widely known as one of the best coaches in NFL history, showing an early aptitude for the game of football, a trait he no doubt inherited from his father, a longtime assistant coach and college football scout.

Patriots Contract and Salary: The details of Bill's contract are not public but several inside reports have claimed he is quietly the highest-paid coach in the NFL. The largest known contract is Jon Gruden's 10-year $100 million deal signed in 2019 that comes with an annual salary of $10 million before bonuses. ProFootballTalk has estimated that Belichick earns at least $12.5 million in base salary. His last known contract was an extension signed in 2007 that kept him with the Patriots through 2013. It is also known that he signed an extension sometime before 2013.

Early Life: Bill Belichick was born William Stephen Belichick on April 16,1952, in Nashville, Tennessee. He grew up in Annapolis, Maryland, with mother Jeannette and father Steve, who worked as an assistant football coach at the United States Naval Academy; Bill's godfather is Bill Edwards, a College Football Hall of Fame coach. Belichick studied the way his father dissected game film and drew up plays, and often accompanied Steve to coaches meetings. By his early teens, Bill was a regular part of the team's practices and was well-versed in the game's schemes and formations. Belichick attended Annapolis High School, where he was a member of the football and lacrosse teams. He graduated in 1970, then attended Massachusetts' Phillips Academy for a postgraduate year, improving his test scores and grades enough to get into Wesleyan University. At Wesleyan, Bill played tight end and center on the football team and was the captain of the lacrosse team; he also played squash and joined the Chi Psi fraternity. In 1975, Belichick graduated with a bachelor's degree in economics.

Career: After graduating from Wesleyan, Belichick took a job with the Baltimore Colts for $25 a week, serving as an assistant to head coach Ted Marchibroda. In 1976, he became the assistant special teams coach for the Detroit Lions, and the following year, he began coaching wide receivers and tight ends. In 1978, Bill began working for the Denver Broncos as a defensive assistant and assistant special teams coach. In 1979, he held those same positions with the New York Giants, and he began coaching linebackers in 1980. In 1985, Belichick became the Giants' defensive coordinator, and the team won the Super Bowl in 1987 and 1991; Bill's Super Bowl XXV defensive game plan earned a place in the Pro Football Hall of Fame. Belichick joined the Cleveland Browns as head coach in 1991 and stayed with the team until 1995; when it was announced that the team would move to Baltimore, Bill was assured that he would be coaching the new team, but he was fired instead.

In 1996, Belichick was hired by the New England Patriots as assistant head coach and defensive backs coach, and in 1997, he joined the New York Jets as interim head coach, then became assistant head coach and defensive coordinator after Bill Parcells was named head coach. Parcells had arranged to have Belichick take over in 1999, but the day after he was announced as head coach, Bill resigned during a press conference. He became head coach for the New England Patriots in 2000 and took on general manager duties as well. In 2007, Bill was fined $500,000 after a Patriots video assistant was caught filming the New York Jets' defensive signals in what is known as "Spygate." The team was also fined $250,000, and NFL Commissioner Roger Goodell took away the Patriots' first round draft pick in the following year's NFL Draft. Belichick has led the Patriots to victory more than any other coach in the team's history, including 9 appearances in the Super Bowl, which they won in 2002, 2004, 2005, 2015, 2017, and 2019. 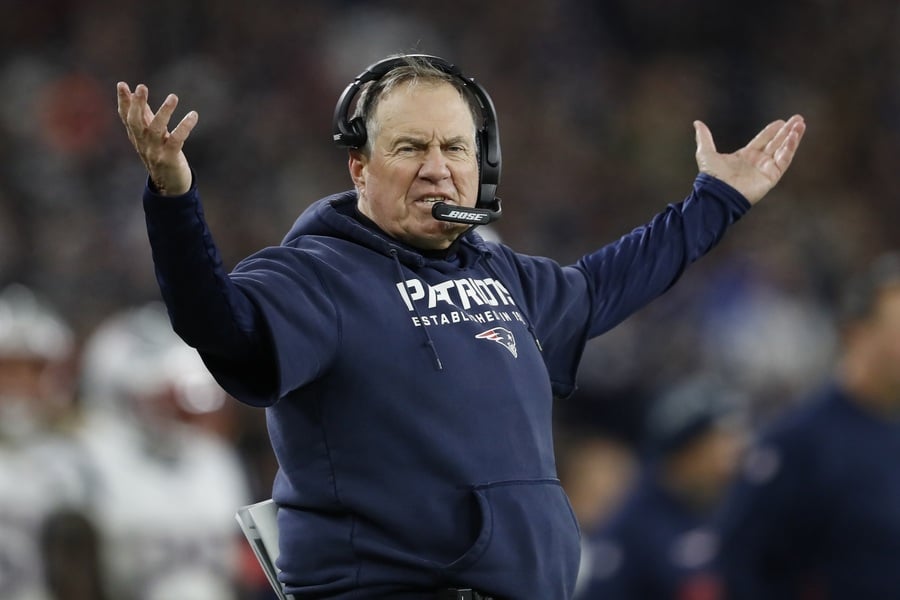 Personal Life: Bill married Debby Clarke in 1977, and they had 3 children, Amanda, Stephen, and Brian, before divorcing in 2006; the couple separated in 2004 after Belichick was accused of having a relationship with Sharon Shenocca, a former receptionist for the Giants. Amanda played lacrosse at Wesleyan like her father and became the women's lacrosse coach at Holy Cross College. Stephen and Brian have both worked for the Patriots – Stephen as assistant coach and safeties coach and Brian as a scouting assistant. Bill began a relationship with Linda Holliday in 2007, and she is the Executive Director of the Bill Belichick Foundation, which provides financial support, coaching, and mentorship to individuals, organizations, and communities involved in football and lacrosse.

Awards and Honors: The Associated Press has named Belichick NFL Coach of the Year 3 times, for the 2003, 2007, and 2010 seasons, and he holds the distinction of being the only active head coach chosen for 2019's National Football League 100th Anniversary All-Time Team. Bill was inducted into the Wesleyan University Athletics Hall of Fame in 2008 and the Phillips Academy Athletics Hall of Honor in 2011. Wesleyan's Warren Street lobby was renamed "Belichick Plaza" in 2017.

Real Estate: In 1979, the Belichicks paid $70,000 for 2 lots on Shell Street in Sconset, Massachusetts, and built 3 homes there for themselves, Bill's parents, and Debby's parents. In 2006, Bill and Debby paid $4.6 million for a 5-bedroom home in Nantucket, and Debby got it in the divorce. In 2014, corporations Bill had formed purchased a Shell Street property for $870,000 and a nearby 2-bedroom home for $2.45 million. 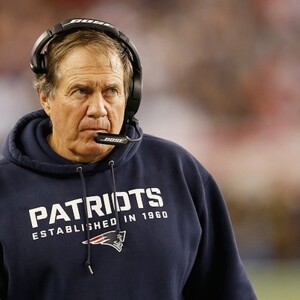