Milan in 1999. He is renowned also for his unconventional and trademark 3–4–3 tactical system. Zaccheroni quit playing football at an early age due to an injury. Alberto Zaccheroni started his managerial career at the relatively young age of 30 with the team Cesenatico. Spending two seasons in this club, he left to coach the team of Riccione. In 1887, he joined with Boca San Lazzaro for a season, then making q move to Baracca Lugo in 1988. He spent two years managing this club then moved to Venezia in 1990. He moved to Bologna for a season in 1993 then on to coaching the team of Cosenza in 1994 for a season. He signed with Udinese in 1995; he led the team to place third in the league and qualified for the UEFA Cup. His career stabilized. In 1998, after retiring from Udinese, Alberto signed the contract with the Italian giants AC Milan. At one time, Zaccheroni went three seasons without a club, after which he had a contract with Juventus and from there he was appointed as the new manager of the Japan National Football Team. He had a good start and career with Japan and led the Japanese team to win the 2011 AFC Asian Cup and 2013 EAFF East Asian Cup. He also led the Japanese Football Team to qualify in 2014 World Cup in Brazil. 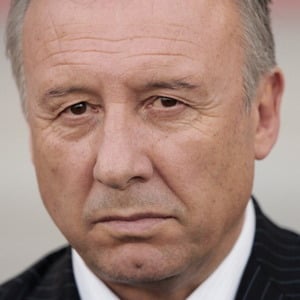