Zab Judah Net Worth: Zab Judah is an American professional boxer who has a net worth $8 million dollars. Zab Judah is a former Undisputed World Welterweight Champion. He earned five world titles between the light welterweight and welterweight divisions. During his career he won 44 out of 56 fights, 30 via knockout.

He was born Zabdiel "Zab" Judah on October 27, 1977, in Brooklyn, New York. He started boxing at the age of 6. Judah set an amateur record of 110–5. He turned pro in 1996. Four years later, he won the IBF junior welterweight title in 2000, by knocking out Jan Piet Bergman in the fourth round. Zab Judah safeguarded his IBF title 5 times, before losing to Kostya Tszyu by second round TKO in 2001. The judge, who stopped the fight before the bell, was attacked by angered-by-the-stoppage Judah. This led to a six month suspension and a fine of $75,000. But with the 2003 win over DeMarcus Corley Judah clinched the WBO Junior Welterweight title, which he defended only once before moving up to Welterweight. It was in 2004, when he lost to Cory Spinks by Unanimous decision, a defeat that he would later avenge by defeating Cory Spinks by 9th round knockout ten months later. Another loss by unanimous decision would follow in 2006, when Judah would lose to Carlos Baldomir to anyone's surprise. 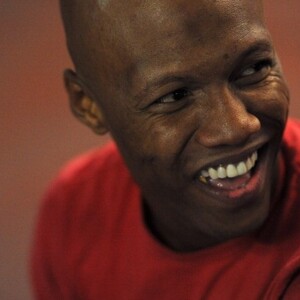