What is Wladimir Klitschko's Net Worth?

Wladimir Klitschko is a former Ukrainian heavyweight professional boxer who has a net worth of $90 million. Over the course of his career, Klitschko established himself as one of the best heavyweight champions of all time. He was known for his intelligence, agility, and footwork – all qualities that are often missing in heavyweights. In addition, Wladimir brought incredible knockout power to virtually every fight with strong jabs and left hooks.

Before becoming a professional boxer, Klitschko represented Ukraine at the 1996 Olympics and won a gold medal in the super-heavyweight division. He turned professional later that year. Eventually, Klitschko became known for his defensive style of boxing under trainer Emanuel Steward.

Wladimir's brother is the famous former world heavyweight champion Vitali Klitschko, although the pair have never fought each other due to the fact that their mother would disapprove. During the pair's heyday, they established what is known as the "Klitschko Era," during which both of them dominated the heavyweight class.

Wladimir was once ranked as the number-one pound-for-pound boxer who was currently active. In 2015, he was defeated by Tyson Fury, ending his reign at the top. Despite this, Klitschko still holds the record for the longest cumulative heavyweight title reign of all time, with 4,382 days. He also defeated 23 opponents for the world heavyweight championship, which is more than any other heavyweight fighter in history.

Klitschko was also one of the most famous and well-known boxers in the world during his peak. His fights regularly drew in hundreds of millions of viewers, and he was widely considered to be the most popular Ukrainian celebrity in 2015. Klitschko was also very well-known around various European nations. It is estimated that Wladimir earned more than $200 million (before taxes) during his professional boxing career.

Wladimir Wladimirovitsch Klitschko was born on March 25th of 1976 in Semipalatinsk, Kazakh SSR, Soviet Union (present-day Kazakhstan). Born into a military family, Wladimir watched his father engage in various military activities. His father was a Soviet Air Force major general who had many important duties during his career, including the cleanup of the Chernobyl disaster in 1986. Unfortunately, Klitschko's father was diagnosed with cancer as a result of being exposed to radiation from Chernobyl. Wladimir was raised alongside his older brother Vitali, who later went on to pursue a successful boxing career. As of 2020, Vitali is serving as mayor for the city of Kyiv in Ukraine.

Klitschko's boxing training began in the late 80s with the Brovary Olympic Reserve School. By 1993, he had won the Junior European Championships in the heavyweight class. In 1994, he placed second in the Junior World Championships. After another string of strong results throughout the next two years, Klitschko arrived on the world stage during the 1996 Summer Olympics in Atlanta. During this competition, Wladimir gained widespread notoriety by winning the Super-Heavyweight gold medal.

Klitschko then began his professional career in Ukraine, suffering a loss against Ross Puritty. His first real chance at glory was in 2000 when he was given the opportunity to fight for the world heavyweight championship against Chris Byrd. He won the fight and continued to defend his title against boxers like Derrick Jefferson, Charles Shufford, and Francois Botha.

In 2003, Klitschko was upset by Corrie Sanders before losing again to Lamon Brewster in 2004. Over the next few years, he continued to rise back up to the top of his game, defeating boxers like DaVarryl Williamson, Eliseo Castillo, and Samuel Peter. In 2006, he defeated Chris Byrd once again to claim the IBF heavyweight title. This began a long period where Klitschko reigned supreme in the heavyweight class, even though his defensive style was not massively popular among fans.

His long reign ended when he faced Tyson Fury in 2015. For the fight, Klitschko earned $23 million. Fury was at this point an undefeated heavyweight contender, and he won the fight by unanimous decision. This was the first time Klitschko had lost in over ten years, and it marked the end of the "Klitschko Era." Fury used his speed to negate Klitschko's famous right hand. Wladimir then lost again when he faced Anthony Joshua. Faced with two losses, Klitschko decided to officially retire in 2017. He ended with a record of 64 wins in 69 fights. 53 of his wins were ended with a knockout. 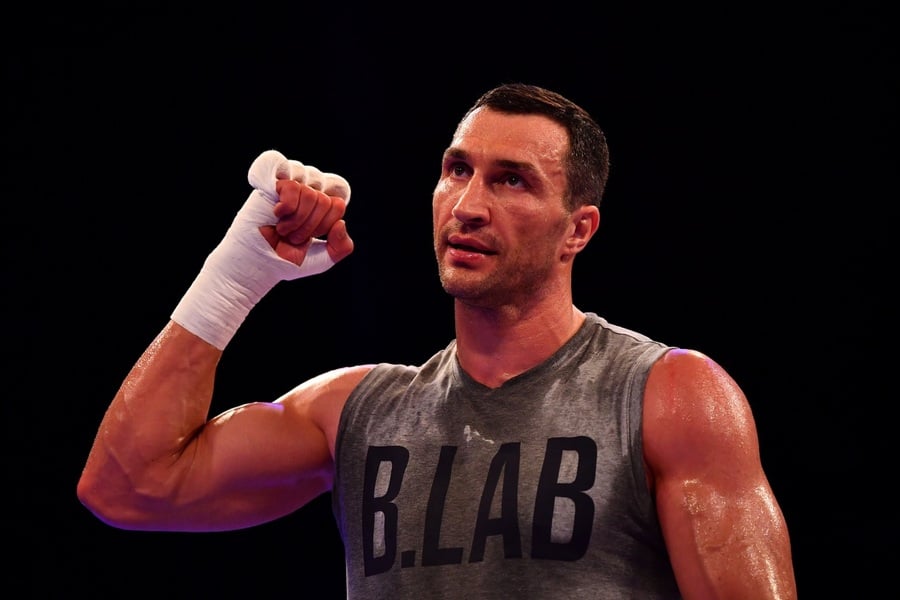 Klitschko made headlines in 2009 when it was announced that he was in a relationship with Hayden Panettiere, a well-known American actress who is famous for her work on shows like "Heroes." Over the next few years, Hayden attended many of Klitschko's boxing matches. Although the couple split up in 2011, they reconciled in 2013 and became engaged that year. In 2014, Wladimir and Hayden welcomed their first child into the world.

In 2013, Klitschko and Panettiere appeared together at the Euromaidan protests in Kyiv. In 2018, the pair split up for a second time. As of 2020, they are still apart, although family members have reported that the couple remains on good terms, with each parent playing an active role in raising their child.

In 2012, Klitschko auctioned off his 1996 Olympic gold medal in a charity auction in Kyiv. The medal was eventually awarded to a buyer who bid $1 million. Klitschko then announced that he would be donating the money to children's charities in Ukraine. The anonymous buyer eventually returned the medal to Klitschko because he didn't feel comfortable owning an item of such importance to the Klitschko family. 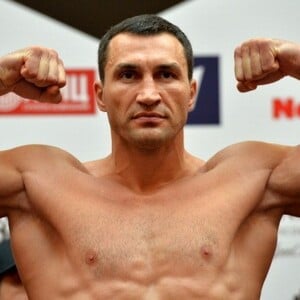