Ronald Winky Net Worth: Ronald Lamont "Winky" Wright is a former American boxer who has a net worth of $8 million. He was born on November 26, 1971 in Washington DC. Ronald turned professional in 1990 after accumulating a record of 65-7 in his amateur career. He got his nickname "Winky" from his grandmother when he was a half year old and it has stuck with him ever since.

He has been hailed as the light-middleweight Champion after fighting many world champions like Felix Trinidad, Jermain Taylor, Shane Mosley, Ike Quartey, Bernard Hopkins, Paul Williams and Fernando Vargas. His first big fight was with Darryl Lattimore in Luxembourg on January 1993. He knocked down Lattimore 3 times, after which the fight was stopped. Also, he successfully fought in his European tour and won eight straight in Monte Carlo, Germany and France, he only fought once in the USA. His first title match was against Julio Cesar Vasquez, a WBA light-middleweight champion in France. Unfortunately, he controversially lost the bout on a knock-down on a one-point margin. In February 1995 he defeated Tony Marshall and went on to win the NABF light-middleweight title. His other notable fights include those against Bronco McKart, Shane Mosley, Felix Trinidad and Bernard Hopkins. In his long-winding career he has had fifty-one wins, six losses and 25 knockouts. Wright announced his retirement from boxing on June 4, 2012, after losing to Peter Quilin. 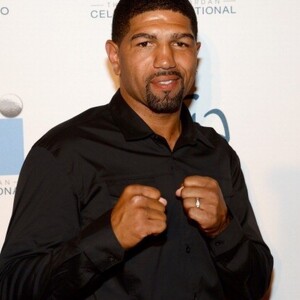