Warren Brown Net Worth: Warren Brown is an English actor and former professional Thai boxer who has a net worth of $6 million dollars p. Born May 11, 1978 in Warrington, United Kingdom, he well-known for his roles on the teen soap opera Hollyoaks, the three-part BBC drama series Occupation and for his portrayal of DS Ripley in the acclaimed BBC crime drama Luther.

After appearing in two episodes of the television series Shameless, Warren was cast as the evil Andy Holt in the teen soap opera Hollyoaks. Despite being 27 years old at the time, it was said his youthful good looks helped him win the role of the student. Brown was nominated for a number of awards for his performance in the show, including Best Villain, Most Spectacular Scene and Best Exit at the 2006 British Soap Awards. Brown's character met his demise in February 2006. Brown appears in the deadmau5 music video for the song I Remember, also starring Stephen Graham, Aston Kelly (Graham's brother), Greg Walsh and ex-Coronation Street actress Emma Edmondson. In October 2010, Brown appeared in the BBC drama Single Father and in February 2012 he played one of the main characters in the BBC drama series Inside Men. He was also cast as a member of Bane's Mercenary Security in The Dark Knight Rises, the third installment of Christopher Nolan's Batman trilogy. Brown also starred as PC John-Paul Rocksavage in the 4-part BBC police drama Good Cop, first broadcast in August 2012. 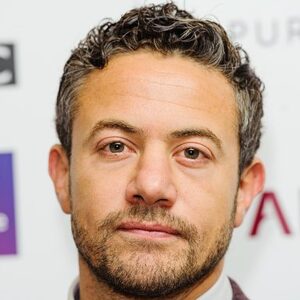