What is Vitali Klitschko's Net Worth and Salary?

Vitali Klitschko is a former professional heavyweight boxer who has a net worth of $80 million. Known by his fans as "Dr. Ironfirst" (a reference to his knockout power and his Ph.D.), Klitschko achieved great things in the world of boxing before announcing his retirement in 2013. Over the course of his career, Vitali won multiple world heavyweight championships. From 1999 to 2000, he held the WBO title, and he held the WBC title between 2004 and 2013. He has defeated 15 different fighters in matches for the world heavyweight title. He and his brother hold the world record for having the most world heavyweight title fight wins as brothers. These accomplishments led to a period between 2006 and 2015 being dubbed the "Klitschko Era."

Vitali's success came from a range of attributes, including a knockout percentage of 87% by the time he retired. He only suffered two losses in his entire career, and both were due to stoppages after he became too injured to continue. After retiring, he joined a very exclusive club of boxers who were never knocked down in a single fight. He is also the only heavyweight boxer to have won world championships in three different decades (the 90s, 2000s, and 2010s). He and George Foreman are also the only two heavyweight boxers to have successfully defended a title after the age of 40.

Outside of the ring, Vitali has become known for his keen interest and involvement in politics. This began well before his retirement, as he placed second in the Kyiv mayoral race in 2006. In 2010, he founded a party called the Ukrainian Democratic Alliance for Reform, also known simply as the UDAR. Klitschko was eventually elected into parliament with this party, and he subsequently became a leading figure during the Euromaidan protests of 2013 and 2014. Following this period, he was elected Mayor of Kyiv. In 2015, Klitschko became the new party leader of the Petro Poroshenko Bloc and was re-elected as mayor. He has since abandoned the Petro Poroshenko Bloc in an attempt to revive the UDAR.

Vitali Volodymyrovych Klitschko was born on July 19th of 1971 in Belovodskoye, Kirghiz SSR, Soviet Union. That area is now called Kyrgyzstan. Vitali was raised by a father who was a Soviet Air Force major general and military attache in East Germany. This father was one of the commanders tasked with cleaning up the Chernobyl nuclear disaster, and he was diagnosed with cancer shortly after this incident. As a young man, Klitschko paid the bills by working at the Kyiv Automation Plant as a toolmaker. Many years later, he was accused of working as a debt collector for a mafia boss during the 90s, a claim that Vitali has vehemently denied. By 1996 (the same year he became a professional boxer), Klitschko had graduated from the Pereyaslav-Khmelnytsky Pedagogical Institute. In 2000, he presented his doctoral thesis on "talent and sponsorship in sports" and earned his Ph.D. in Sports Science.

Klitschko started boxing in the 80s, and he was primarily trained by former Soviet boxer Anatoliy Klimanov. However, Vitali quickly took up kickboxing when the Soviet Union decided to no longer ban the sport. During these early years, he fought and trained in kickboxing, karate, and boxing, showing potential in all three disciplines. By 1996, he was ready to pursue a professional career in boxing and signed with a Germany-based production. 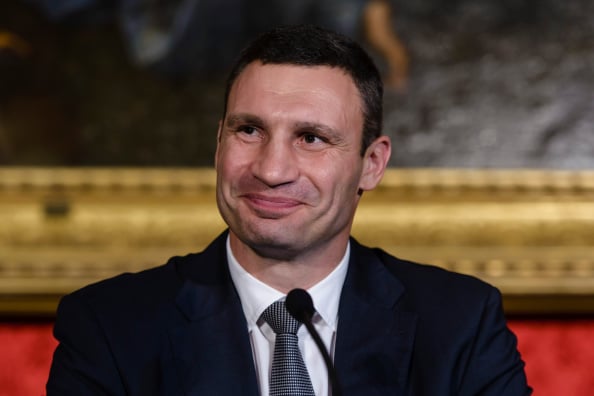 Vitali quickly developed a fearsome reputation, winning his first 24 fights by either knockout or TKO. In 1999, he won the WBO heavyweight title, beating Herbie Hide with a second-round knockout. He then defended the title twice but lost against Chris Byrd in 2000. This was mostly due to Vitali suffering a serious shoulder injury, which led to a stoppage. At the time the fight was stopped, Klitschko was winning on the cards. He then received considerable criticism for quitting the fight, although he bounced back with five straight wins.

This latest string of victories earned Klitschko a shot at the WBC title against Lennox Lewis. Although Vitali was the underdog, he stunned Lewis with several hard punches. However, Klitschko suffered a server cut over his left eye, forcing the referee to call the fight due to injury stoppage once again. Once more, Klitschko was ahead on the cards when the fight was stopped. Intent on a rematch, Vitali fought hard to face Lewis again, but the latter fighter vacated the title when he retired in 2004. Eventually, Klitschko won the WBC title against Corrie Sanders.

Vitali's popularity in nations like Germany and Ukraine resulted in his fights regularly receiving tens of millions of viewers across the world.

Although Vitali is inevitably compared with his brother, he is generally viewed as the tougher fighter. This is because he was never knocked down. With his insanely high knockout-to-fight ratio and the fact that almost never lost a round in his entire career, many believe he was the best heavyweight of his era. Although skilled, Klitschko relied on his large size to dominate other heavyweights. 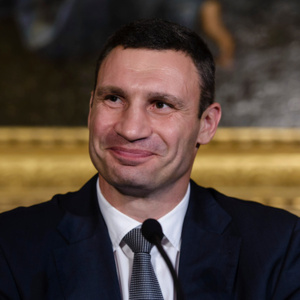