What is Tyson Fury's net worth and career earnings?

Tyson Fury is an Irish/British professional boxer who has a net worth of $65 million. That includes a $28 million minimum guarantee earned from his February 2020 rematch against Deontay Wilder and earnings from his April 2022 victory over Dillon Whyte. He is a heavyweight who is best known for defeating Wladimir Klitschko in November 2015 to become the WBA (Super), IBF, IBO, WBO, and The Ring unified heavyweight champion. He then had an infamous draw against Deontay Wilder in December 2018.

Tyson Fury was born in Wythenshawe, Manchester, England in August 1988 to Irish parents Amber and John. He was born one month premature. Doctors told his parents that there was a low chance that their baby would survive. In John's words:

"The doctors told me there was not much chance of him living. I had lost two daughters in the same way who had been born prematurely."

John chose the name Tyson because his baby was a fighter and survived the premature birth. At the time Tyson was born Mike Tyson was the undefeated undisputed heavyweight champion of the world. Tyson's mother had 14 pregnancies, with only four surviving children. When Tyson was 9, his mother gave birth to a daughter who died a few weeks after being born. The experience deeply impacted a young Tyson. He began channeling his anger into boxing. His father trained him and would go on serving as his trainer until 2011 when he went to jail.

At age 11, Tyson left school and joined his father and three brothers as laborers tarmacking roads. 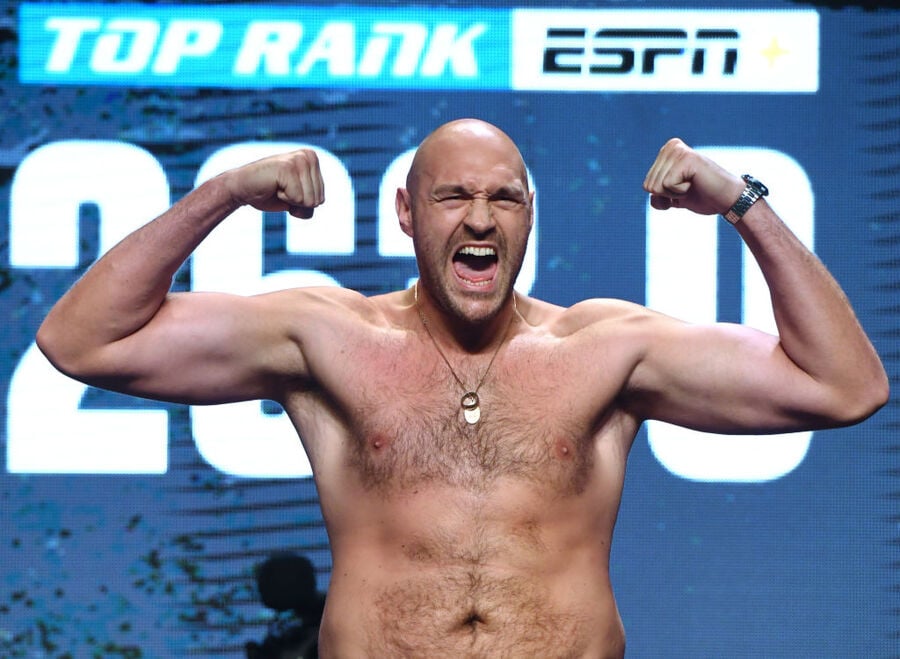 In 2015 the stars aligned to have Tyson face off against Wladimir Klitschko in a world heavyweight title match for the WBA (Super), IBF, WBO, IBO, Lineal and The Ring heavyweight titles. The fight took place on November 28, 2015 in Dusseldorf, Germany to a capacity crowd of 55,000. Klitschko was the clear favorite at 4 to 1 odds.

The match went the distance. After 12 rounds Fury was named the unanimous winner by decision. Fury earned $7 million for his work while Klitschko earned around $23 million.

The win brought Fury's record to 25 – 0 with 18 knockouts and set him up for what should have been an enormous payday from a rematch against Klitschko. The rematch was announced in April 2016. Unfortunately Fury proceeded to gain 100 pounds. In September 2016 Tyson was declared "medically unfit" for the fight. The fight was postponed a second time after he reportedly failed a drug test for cocaine.

Fury slipped into a deep depression, stating in an interview with Rolling Stone:

"I'm going through a lot of personal demons, trying to shake them off, this has got nothing to do with my fighting – what I'm going through right now is my personal life. I've not been in a gym for months. I've been going through depression. I just don't want to live anymore, if you know what I'm saying. I've had total enough of it. Never mind cocaine. I just didn't care. I don't want to live anymore. So cocaine is a little minor thing compared to not wanting to live anymore. I am seeing help, but they can't do nothing for me. What I've got is incurable. I don't want to live. All the money in the world, fame and glory, means nothing if you're not happy. I'm seeing psychiatrists. They say I've got a version of bipolar. I'm a manic depressive. I don't even want to wake up. I hope I die every day. And that's a bad thing to say when I've got three children and a lovely wife isn't it? But I don't want to live anymore. And if I could take me own life – and I wasn't a Christian – I'd take it in a second. I just hope someone kills me before I kill me self. I'll have to spend eternity in hell. I've been out drinking, Monday to Friday to Sunday, and taking cocaine. I can't deal with it and the only thing that helps me is when I get drunk out of mind."

Return to the Ring

After vacating his world titles, Tyson took the next 2+ years off as he got his life back on track. He returned to the ring in June 2018 with a win against Sefer Seferi. In August 2018 he defeated Francesco Pianeta.

In December 2018 Tyson faced off against Deontay Wilder for the first time. Deontay was guaranteed $4 million for the fight, while Tyson was guaranteed $3 million. The match, which ultimately earned both fighters around $10 million after all revenue was calculated, ended in a draw. Incredibly, soon after the fight Tyson revealed he was planning to donate his entire paycheck to charity.

In September 2019 he defeated Otto Wallin by unanimous decision.

A rematch against Deontay Wilder was scheduled for 2020. As the date approached it was revealed that both fighters were guaranteed $28 million plus a 50/50 cut of pay-per-view profits.

On April 23, 2022 Tyson Fury defeated Dillian Whyte. For his efforts, Tyson earned a $4.1 million win bonus and an estimated $30 million from pay-per-view, ticket sales and merchandise. That's a total payday of $34 million.

Tyson met Paris Mullroy when he was 17 and she was 16. They are both from Catholic Gypsy families. They married in 2008 and today have five children together. They live in Morecambe, Lancashire. 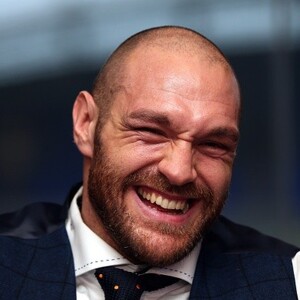