Teddy Atlas net worth: Teddy Atlas is an American boxing training and fight commentator who has a net worth of $2 million. Teddy Atlas was born in July 1956 and grew up in Staten Island, New York. As a youth he dropped out of school and was arrested many times and served on Rikers Island.

He was scarred when he was slashed with a knife that required 400 stitches. He published his autobiography Atlas: From the Streets to the Ring: A Son's Struggle to Become a Man in 2006. Atlas trained to become an amateur boxer under Hall of Fame trainer Cus D'Amato. After injuring his back he focused on becoming a trainer and helped train a teenager Mike Tyson until the two had an altercation. Atlas became a head trainer for Michael Moorer and helped him win a world heavyweight title in 1994. He also worked with boxers Barry McGuigan, Donny Lalonde, and Alexander Povetkin. Atlas has been a boxing commentator for NBC's Olympic Games coverage in 2000, 2004, 2008, and 2012. He also works as a commentator for ESPN2's Friday Night Fights and won the Sam Taub Award for excellence in boxing broadcasting journalism in 2001. 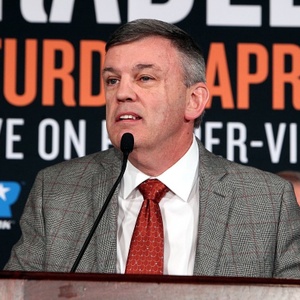