What is Sugar Ray Leonard's Net Worth?

Sugar Ray Leonard is an American retired professional boxer and motivational speaker who has a net worth of $120 million. Like the original "Sugar Ray" Robinson, Leonard is considered to be one of the best boxers of all time. Over the course of his 20-year career, he won world titles in five different weight divisions. He also won lineal championships in three different weight divisions and the undisputed welterweight title.

After the popularity of heavier fighters like Muhammad Ali faded away, Leonard and three other fighters known as the "Fabulous Four" kept boxing interesting and made fans excited about the lower weight classes. The other four boxers were Roberto Duran, Thomas Hearns, and Marvin Hagler. Leonard succeeded in defeating all of these three contemporaries, and he also famously beat Wilfred Benitez.

Leonard is also famous for his financial success, and he became the first boxer to earn more than $100 million in purses. Sugar Ray also won a number of awards, including Boxer of the Year. Generally speaking, Leonard is ranked in the top ten or the top 15 in terms of best pound-for-pound boxers of all time.

Ray Charles Leonard was born on May 17th of 1956 in Wilmington, North Carolina. Raised alongside 6 siblings, Ray relocated to Washington, D.C. with his family when he was just three years old. His mother named him Ray after the famous singer, Ray Charles. Eventually, the family settled in Palmer Park, Maryland when Ray was ten years old.

While attending high school, Ray developed a reputation as a shy child. Instead of playing with other children, Leonard preferred to stay home, read comics, and play with his dog. He was also a perfect student, and his mother later commented on how she never had to come to school to hear about potential issues Ray had.

Ray first started boxing in 1969, following in the footsteps of his older brother Roger. After a rocky start, Leonard boxed in the Eastern Olympic Trials – lying about his age in the same way Sugar Ray Robinson had done decades earlier. Although he only made it to the semifinals, Ray earned the attention of the Olympic Team assistant coach, who called him "sweet as sugar." People put two and two together, and Leonard became "Sugar Ray."

By the end of his amateur career, Leonard had won the National Golden Gloves Lightweight Championship and the Light Welterweight Championship. He also made the U.S. Olympic Team. In 1976, he won the gold medal as the light welterweight representative of the United States.

Much later, Leonard published an autobiography in which he revealed that he had been sexually abused as a child. In his 2011 autobiography, he revealed that he had been abused by two different men. One was an Olympic trainer while the other was a benefactor. He has since declared himself a "poster child" for child molestation, and he actively encourages other victims to come forward and report their abuse.

Sugar Ray Leonard decided to become a professional boxer after the Olympics in order to support his first child. He then started training with Angelo Dundee, who once trained Muhammad Ali. In 1977, Sugar Ray made his professional debut against Luis "The Bull" Vega. Another notable fight came in 1978, when Leonard fought Floyd Mayweather Sr. (Floyd Jr.'s father). By 1979, he had won the NABF Welterweight Championship.

Later in 1979, Leonard won his first world title after beating Wilfred Benitez for the WBC Welterweight Championship. Sugar Ray won a purse of $1 million. In 1980, Leonard knocked out Dave "Boy" Green to defend his title. He later earned over $9 million for his fight against Roberto Duran, although he lost that battle quite convincingly. However, Sugar Ray was given a rematch later that year, for which he earned $7 million. Sugar Ray outboxed Duran and taunted him to the point where the Panamanian boxer simply quit out of embarrassment.

Sugar Ray continued to defend his title and earned $11 million against Thomas Hearns in a fight which he won. In 1982, Leonard suffered a detached retina and promptly retired. However, he announced a comeback in 1983 despite concerns about his recently-repaired eye. After a number of losses, Leonard announced that he was retiring once again. However, Sugar Ray had yet another comeback in 1986 when he fought Marvin Hagler, earning a minimum of $11 million. He won that fight in a controversial split-decision.

Yet another comeback came in 1988 when Leonard collected a guaranteed payout of at least $10 million for fighting Donny Lalonde. He won the fight and defended his title against Thomas Hearns, earning a guaranteed amount of $14 million. In 1991, Leonard fought in what he assured fans would be his final match, losing against Terry Norris. Incredibly, Sugar Ray came out of retirement once again five years later, at the age 40, to fight Hector Camacho. Unfortunately, he was knocked out for the first time in his career, and Leonard finally decided to call it quits after that. 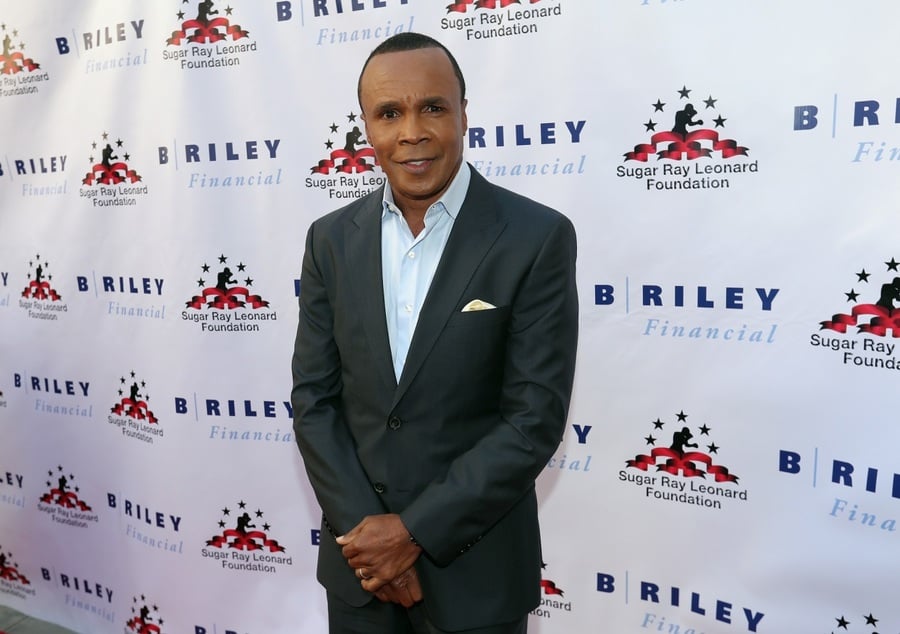 In 1980, Sugar Ray Leonard married his childhood sweetheart Juanita Wilkinson. They had been in a relationship for many years prior, and they already had a six-year-old son by this point. In 1984, Wilkinson and Leonard welcomed another child into the world. In 1990, the pair divorced.

As a result of the court proceedings, various details were revealed about their relationship. Juanita alleged that Ray had been using alcohol and cocaine. She also stated that Ray had physically abused her while intoxicated. Leonard admitted that these claims were true, and he later confessed that he had started using cocaine because he missed the thrill of competing at the highest level. However, he stressed that his substance abuse issues were not the cause of the relationship breaking down.

One year before his divorce, Sugar Ray met a woman called Bernadette Robi. In 1993, Robi and Leonard were married. Their wedding ceremony was quite elaborate, and Leonard had his entire outdoor property in Pacific Palisades converted into a flower garden with tens of thousands of flowers flown in from Holland.

Keeping up With The Kardashians

Sugar Ray Leonard is the godfather of Khloe Kardashian. Because of this, he has appeared many times on the reality TV show "Keeping Up With The Kardashians."

In June of 1993, Sugar Ray Leonard spent $7 million on a home in the Pacific Palisades area of Los Angeles. That's the same as around $14 million today after adjusting for inflation. In July of 2019, he listed the home for sale with a staggering price tag of $52 million. The property covers two acres, and the main house spans nearly 17,000 square feet. In addition, the property features a two-story guesthouse, a tennis court, a putting green, and a swimming pool. 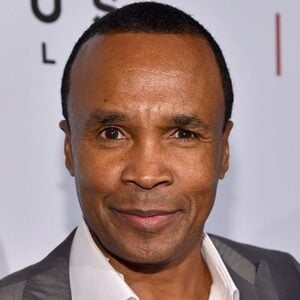