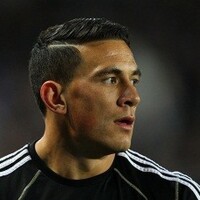 Sonny Bill Williams Net Worth: Sonny Bill Williams is a New Zealand rugby player and former heavyweight boxer who has a net worth of $25 million. Sonny Bill Williams was born in Auckland, Auckland Region, New Zealand in August 1985. Williams plays in the Rugby league as second-row, lock, and in the Rugby union as centre, wing. He plays rugby league for the Sydney Roosters in the National Rugby League. Williams became the second person to represent New Zealand in rugby union after he represented them in rugby league. He made his professional rugby league debut for the Canterbury Bulldogs in 2004. He left the Bulldogs in 2008 to play rugby union with Toulon. He signed with the New Zealand Rugby Union in 2010 in order to play for the All Blacks at the 2011 Rugby World Cup. Williams played for the Crusaders in Super Rugby in 2011 and the Chiefs in 2012. He played for Panasonic in the Top League in Japan and returned to the Sydney Roosters in the rugby league. He was named 2013 world's best rugby league player at the annual RLIF Awards. In addition to rugby Sonny was a professional boxer and fought six times from 2009 to 2013, winning all of his heavyweight bouts. He held the New Zealand Professional Boxing Association Heavyweight Championship and the World Boxing Association International Heavyweight Championship. In 2014 he became a global ambassador for Adidas. He has also endorses PowerAde and Rebel Sport.