Sergio Mora net worth: Sergio Mora is a Mexican American professional boxer who has a net worth of $1 million. Sergio Mora was born in Los Angeles, California in December 1980. Mora is the former WNBC Light Middleweight Champion. He was the first champion of the NBC reality television series The Contender.

Mora had an amateur record of 40 – 10 and competed in the 2000 U.S. Olympic trials. He made his professional boxing debut in August 2000 defeating Antonio Maldonado. Mora defeated Peter Manfredo Jr. in May 2005 to win The Contender championship. He was 19 – 0 before fighting to a draw against Elvin Ayala in October 2007. In June 2008 Mora won the WBC Light Middleweight title by beating Vernon Forrest. He lost the title in a rematch to Forrest in September 2008. In February 2015 Mora defeated Abraham Han to win the vacant USBA Middleweight title. In August 2015 he was defeated by Daniel Jacobs for the WBA Middleweight title which brought his record to 28 – 4 – 2. 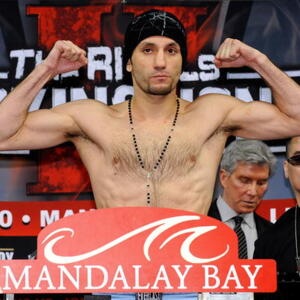