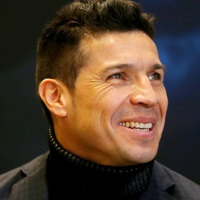 What is Sergio Martínez's Net Worth?

Sergio Martínez is an Argentine professional boxer who has a net worth of $10 million. Sergio Martínez is widely regarded as one of the best boxers of the modern era. Among his accomplishments, he has held world championships in both the light middleweight and middleweight classes, and has won such accolades as the Konex Award Merit Diploma and Fighter of the Year. Beyond boxing, Martínez is involved in activism against bullying and domestic violence.

Sergio Martínez was born on February 21, 1975 in Avellaneda, Argentina to Hugo and Susana. He has two brothers named Hugo Jr. and Sebastian. The family eventually moved to Quilmes, where Martínez's father worked in construction. Prior to getting involved in boxing, Martínez excelled at cycling and football. Once he decided to become a boxer, he received training from his uncle Ruben Paniagua. Martínez went on to compete as an amateur, compiling an impressive 39-2 record.

In December of 1997, Martínez turned professional. His first professional fight came in Ituzaingó, Argentina against Cristian Marcelo Vivas; Martínez ended up winning the bout when Vivas was disqualified in the second round. Martínez fought exclusively in Argentina for his next 16 fights, losing only once. Finally, in early 2000, he fought his first match abroad, ultimately falling to Antonio Margarito at Mandalay Bay in Las Vegas, Nevada. Martínez subsequently returned to Argentina for eight fights, winning all of them. Among his victories was the Argentina welterweight title, which he successfully defended once.

Boxing in Spain and the UK

Following his last fight in Argentina in early 2002, Martínez chose to move to Spain. There, he started his long-term partnership with trainer Gabriel Sarmiento. From April of 2002 to May of 2003, Martínez fought in four bouts in Spain, winning each. He subsequently faced Richard Williams in England for the IBO light middleweight title, which he also won; Martínez defended that title in the UK twice. He then returned to Spain, where he won seven consecutive fights.

Leading up to the middleweight title, Martínez took on Paul Williams in a hugely memorable fight in late 2009. Ultimately, after going back and forth throughout the match, Martínez lost. He next challenged Kelly Pavlik for the WBC, WBO, and Ring lineal middleweight championships, which he ended up winning in a unanimous-decision victory over Pavlik. Because WBC rules dictate that a boxer may not hold belts in multiple divisions simultaneously, Martínez ended up vacating his light middleweight title for the middleweight belt. 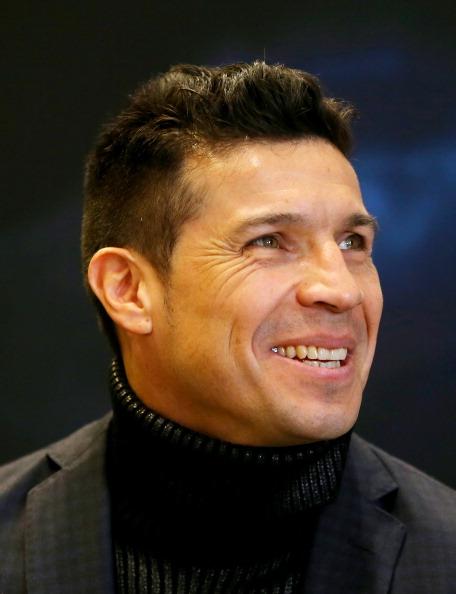 After becoming middleweight champion, Martínez faced off against Paul Williams for the second time; this time, he won via knockout in the second round. Martínez continued his success in a match against the undefeated Sergiy Dzindziruk, whom he beat by TKO in eight rounds. He then beat the undefeated Darren Barker, and after that defended his Ring title against Matthew Macklin. Martínez went on to win by unanimous decision against Julio César Chávez Jr. It was a memorable bout, as Martínez broke his left hand and tore his right meniscus, while Chávez tested positive for cannabis after the fight and was indefinitely suspended from the WBC.

In the spring of 2013, Martínez returned to Argentina for the first fight in his home country in over a decade. He ended up successfully defending his title against British boxer Martin Murray. Following this fight, Martínez experienced a number of setbacks, including knee injuries that required surgery. When he returned to fighting in 2014, he lost his WBC and Ring titles to Miguel Cotto. Although he wished to continue boxing, Martínez decided to retire in 2015 at the age of 40.

Coming out of retirement, Martínez made his boxing comeback in Spain in August of 2020, beating Jose Miguel Fandiño via TKO. Later that year, he took down Jussi Koivula, also via TKO. Still fighting in Spain, Martínez beat Brian Rose in 2021 and McCauley McGowan in early 2022.

Previously, Martínez was in a relationship with boxing reporter and commentator Silvana Carsetti.

Beyond the boxing ring, Martínez is involved in activist causes. Specifically, he has worked to raise awareness of and combat bullying and domestic violence.