Ryan Martin net worth: Ryan Martin is an American professional boxer who has a net worth of $500 thousand. Ryan Martin was born in Akron, Ohio in February 1993. He is a lightweight who won multiple National Amateur Championships. Martin won his professional debut over Darus Somieari in September 2013. In September 2016 he won the vacant WBC Continental Americas Lightweight title by defeating Cesar Villarraga.

In September 2017 Ryan Martin won the vacant WBA Inter-Continental lightweight title with a win over Francisco Rojo. In November 2018 he lost his first fight against Josh Taylor for the WBC Silver super lightweight title in the World Boxing Super Series: Super lightweight quarter-final to bring his record to 22-1 with 12 knockouts. He also won a silver medal at the 2009 National Junior Olympics. Ryan Martin was featured in the 50 Cent music video "Winners Circle". He has also had a sponsorship with RevolutionWear's FRIGO underwear company. 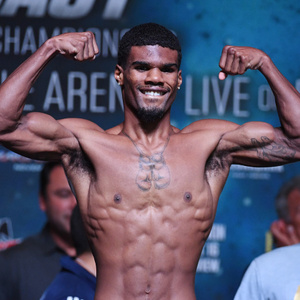