Roger Mayweather net worth: Roger Mayweather was a retired internationally known boxer and boxing coach who had a net worth of $3 million at the time of his death in 2020. During his career Roger won two major titles in two separate weight classes. He was probably most well known for being the uncle of Floyd Mayweather Jr., one of the top boxers of all time. Roger's brother Floyd Mayweather Sr. was a boxer as well in the welterweight division.

Roger went pro on July 29th, 1981 against Andrew Ruiz, he won by TKO. This was only the start of his continued success and won the super featherweight championship against Samuel Serrano with a final record of 15-0. He eventually put on some bulk and moved up to the Super Lightweight division, where he continued to succeed. He finally ended his career in Welterweight throughout his career received international notoriety and the paychecks to match. But Roger was nowhere near finished making some serious bread. In 1996, when his nephew became pro, he devoted his full time to being his coach. A move that proved extremely profitable for both parties. 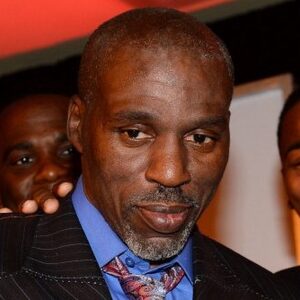