Roberto Duran net worth: Roberto Duran is a retired Panamanian boxer who has a net worth of $3 million dollars. Roberto Duran, also known as Roberto Carlos Duran Samaniego, was born in Guarare, Panama, and grew up in El Chorillo, Panama. He began training in boxing when he was in elementary school, and turned professional when he was sixteen.

He began fighting in the Lightweight division and he won all but one of his bouts at the Lightweight level, a 70-1 record. He moved up to the Welterweight division in 1980, defeating the WBC Welterweight Champion Sugar Ray Leonard. From there, he moved up to the Middleweight Division, but was less consistently successful. He moved up to the Super Middleweight level in 1990, but by 1994, he was slowing down. He retired in 2001 after recovering from a car accident in Argentina that almost cost him his life. Over the course of his career, he fought 119 bouts and won 104 of them. He is also a musician and licensed ultralight pilot. Duran reportedly blew through more than $20 million during the peak of his career on a lavish lifestyle. 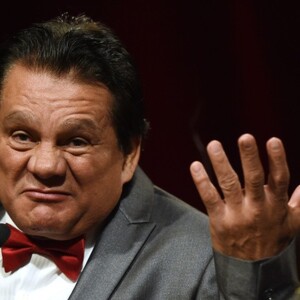