How much is Ray Mancini Worth?

Ray Mancini Net Worth: Ray Mancini is a retired American boxer who has a net worth of $5 million. Born Raymond Michael Mancino on March 4, 1961, in Youngstown, Ohio, he is widely known for holding the World Boxing Association lightweight championship from 1982 to 1984. The son of veteran boxer Lenny "Boom Boom" Mancini, Ray followed in his father's footsteps having inherited his athletic talent, and then also his distinctive nickname. Ray Mancini jumped to the professional ranks in 1979, after enjoying a stellar amateur career. Actually, it was his whirlwind punching style that captured the attention of network executives at several American television networks that subsequently let him become a regular on their sports programming. This was the period when Mancini defeated excellent boxers like Norman Goins and Jose Luis Ramirez. He made his first world title attempt against WBC Lightweight Champion Alexis Arguello in 1981. After a great effort, Mancini succumbed to Arguello in the 14th round, but he never abandoned his quest to become a champion. It took him seven months to fulfill his dream, winning the title for both himself and his father in a bout against Arturo Frias. Mancini successfully defended the WBA lightweight crown four times, including a fierce knockout over Duk-Koo Kim after which Kim died. Still recovering from the emotional trauma of Kim's death, Mancini lost his title in a 1984 battle with Livingstone Bramble in Buffalo, New York. After he lost a rematch against Bramble via a close decision in 1985, Mancini decided to retire. But "Boom Boom" could be seen two more times in the ring, first losing controversially to Hector Camacho in 1989 (L12), and then more convincingly to Greg Haugen in 1992 (KO by 7). His loss to Haugen was the one to seal his boxing career for good. Leaving a record of 29–5, with 23 knockouts, Ray went on to appear in and produce a handful of films in his post-boxing days. 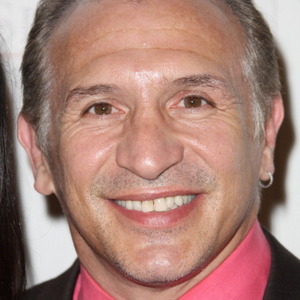