Randall Tex Cobb net worth: Randall Tex Cobb is an American former professional boxer who has a net worth of $1 million dollars. Randall Tex Cobb was born in Bridge City, Texas, and grew up in Abilene, Texas. He played on his high school's football team, and then went on to attend Abilene Christian University.

He subsequently dropped out to focus on karate. After earning his black belt, he began training in kickboxing, and went on to win his first nine matches. He began training as a boxer, and then moved to Philadelphia to train at Joe Frazier's gym. He won his first boxing match with a knockout, and went on to knockout his next 13 opponents. He went on to win 42 of his 51 bouts, 35 by knockout. He retired officially in 1993. In 2008, at age 57, he graduated from Temple University with a degree in Sport and Recreation Management. He is also an actor, and has appeared in such projects as "Ace Ventura: Pet Detective", "Miami Vice", and "The X-Files". One of his most memorable roles was as Leonard Smalls in the 1987 film "Raising Arizona". 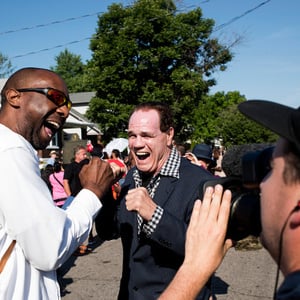