He began fighting in the Welterweight division in 2010, and has so far won all of his Welterweight fights, and is the current WBA Welterweight Champion. To date, he has won 32 of his 36 career fights, 7 of them by knockout. In addition to his boxing career, he is a successful print model, and has appeared in clothing ads in Esquire Magazine, Playboy Magazine, and Frank 151. He has also dabbled in acting, and appeared in the movie, "Undefeated". He is a featured character in multiple video games, including, "Punch Out!! and "Fight Night Round 4". 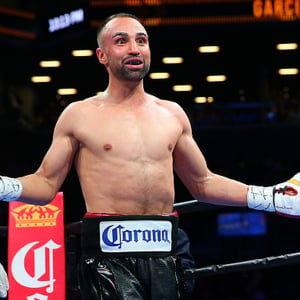