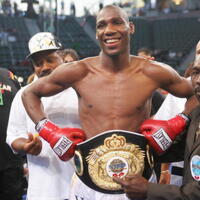 Paul Williams net worth: Paul Williams is an American boxer who has a net worth of $3 million dollars. Born in Augusta, Georgia, Paul Williams began boxing professionally in 2000. He won his first bout, and his subsequent thirty matches, before finally losing a match in 2008. Along the way, he outboxed an Olympic Bronze medalist, defeated formerly undefeated Walter Matthysse, and won his match against junior welterweight champion Sharmba Mitchell. He won his first Welterweight title in 2007, and then lost it the following year, but regained it in a rematch a few months later. He then won the Interim Light Middleweight title later that same year. He began fighting in the Middleweight division in 2009, but was not able to claim the title, though he did retain the Light Middleweight title. In May of 2012, while out riding his motorcycle, he swerved to avoid a car, and was thrown from his bike. His spinal cord was severed, and he is now paralyzed from the waist down, effectively ending his boxing career. During his career, he had 41 wins – 27 by knockout, and 2 losses.