What is Oscar De La Hoya's Net Worth?

Oscar De La Hoya is a retired American professional boxer of Mexican descent who has a net worth of $200 million. After retiring from boxing, Oscar has transitioned into a highly successful career as a boxing promoter and investor.

Born on February 4, 1973, in East Los Angeles, California, Oscar De La Hoya is one of the few non-heavyweights to become a pop culture celebrity. Originating from a boxing family, De La Hoya won the national Junior Olympics when he was just 15. Oscar's mother, Cecilia Gonzales De La Hoya, was terminally ill with breast cancer and passed away before she could see her son become an Olympic Gold Medalist. De La Hoya brought home a gold medal from the Summer 1992 Barcelona Olympic Games shortly after graduating from James A. Garfield High School.

Nicknamed "The Golden Boy," his amateur career included 234 wins, 163 by knockout, with only six losses. In December 1992, De La Hoya made his professional debut by scoring a first-round knockout victory. He had an extremely successful run during his first year as a professional boxer. On March 5, 1994, De La Hoya won his first professional title of junior lightweight champion of the World Boxing Organization (WBO), with a knockout of Jimmi Bredahl in round 10 of the fight. Four months after that, he knocked out Jorge Paez, clinching the WBO lightweight title. In February 1995, he won the International Boxing Federation (IBF) junior lightweight championship over John Molina, bringing his overall record to 18-0.

De La Hoya faced his biggest challenge yet in June 1996 when he faced popular Mexican fighter, Julio Cesar Chavez. De La Hoya pummeled Chavez and put to rest speculation that he had been slowly getting off his game. The following year, he successfully defended his junior welterweight title. In April 1997, De La Hoya had a victory against Olympic Gold Medalist Pernell 'Sweet Pea' Whittaker, proving his reputation as the best pound-for-pound fighter in the world. De La Hoya continued on as the welterweight champion until September 1999. On September 18th of that year, he faced Felix Trinidad in one of the most talked-about fights of the decade. Trinidad handed De La Hoya a devastating first loss ever. After a second loss in 2000 to Sugar Shane Mosley, De La Hoya decided to take time off from boxing. He successfully returned to the ring in March 2001 when he beat Arturo Gatti in the fifth round of his first flight in a year. At the age of 28, Oscar De La Hoya was the youngest boxer to have won five world titles. After a slow career decline, De La Hoya's last fight was a loss to rising star Manny Pacquiao in 2008 that indicated the end of his career in the ring. He officially announced his retirement on April 14, 2009, ending any rumors about a potential fight with undefeated light middleweight Julio César Chávez Jr.

Oscar De La Hoya enjoyed a 17-year-long career (1992-2009) decorated with 10 world titles in six different weight classes. He defeated 17 world champions and was a top money-maker for professional boxing, thanks in part to his role as a marquee fighter for HBO cable television. Oscar De La Hoya still remains one of the most celebrated boxers of his era. 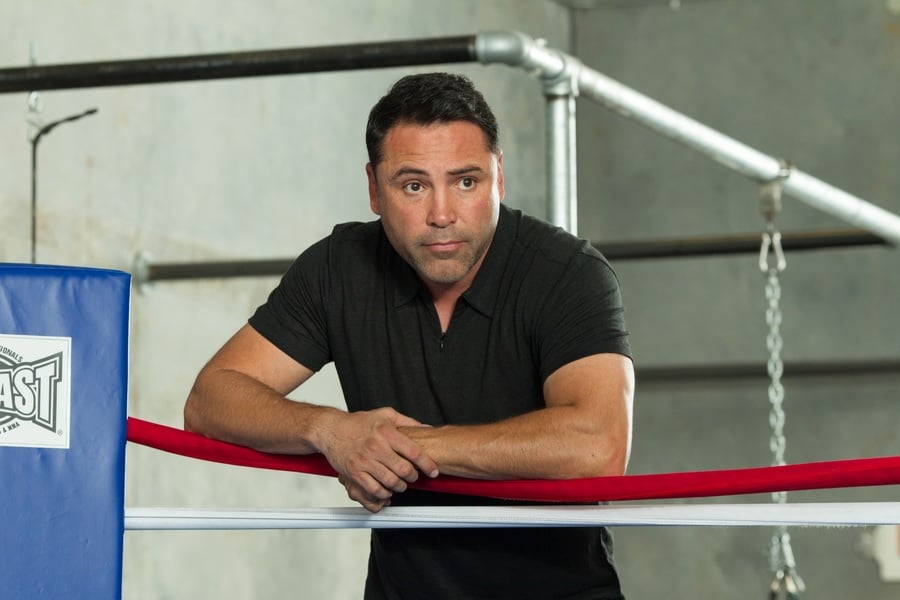 De La Hoya's good looks and charisma came only as catalysts to his other business interests that have included a Spanish-language boxing show on HBO, Boxeo de Oro, a clothing line and various merchandising deals. He had partnerships with PS3, Xbox 360, and PSP.

Outside the ring, he became Oscar De La Hoya the promoter, as President of Golden Boy Promotions, which is a boxing and mixed martial arts promotion firm based in Los Angeles.

De La Hoya is also the founder of Golden Boy Partners, which builds retail and residential developments in urban Latino communities. De La Hoya briefly spoke of his intention to run for president against Donald Trump in the 2020 election.

De La Hoya and his siblings opened the Cecilia Gonzalez De La Hoya Cancer Center, in honor of their mother, at the White Memorial Medical Center. The family donated $350,000 to the center. He also started a charity to help educate underprivileged youth. In 2008, he donated $3.5 million to the De La Hoya Animo Charter High School.

De La Hoya and Millie Corretjer were married in October 2001. They have two children, Oscar Gabriel (b. 2005) and Nina Lauren (b. 2007). De La Hoya has three other children from previous relationships.

In December 2001, actress and former Miss USA Shanna Moakler filed a $62.5 million palimony (because they were not legally married, it was not an alimony suit) to help obtain support from De La Hoya for the couple's daughter, Antiana (b. 1999). Their relationship had ended abruptly the year before when Moakler saw De La Hoya with another woman at the Latin Grammy Awards (she had been at home watching it on television). The case was settled out of court for an undisclosed amount.

In 1998, De La Hoya was accused of sexual assault of a 15-year-old in Cabo San Lucas, Mexico. Mexican authorities investigated but no charges were filed. The suit was settled out of court in 2001.

De La Hoya was arrested for a DUI in Pasadena in 2017. He pled not guilty, and charges were dismissed in 2018.  He has publicly acknowledged that he has a substance abuse problem and underwent treatment at the Betty Ford Center, mainly for alcohol and cocaine abuse. 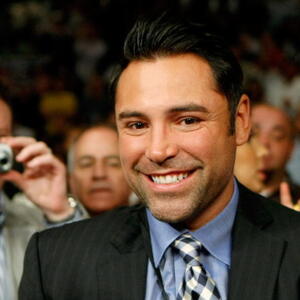